Which Countries Have the Most Liberal Attitudes to Cannabis?

The 10 most liberal countries in the world are New Zealand, Switzerland, Canada, Australia, Norway, Sweden, Luxembourg, Finland, Netherlands, and Ireland. This is World Atlas’ latest global ranking based on economic and individual freedoms these countries offer their citizens. This liberalism across doesn’t however, necessarily cover all different areas of concern.

You might be interested to know whether these same countries double up as the most cannabis-friendly. For sure, cannabis laws across the world have been evolving at a faster speed these days. One year, cannabis may be illegal and come the next year, cannabis has been decriminalized or entirely legalized.

All in all though, the following five countries have consistently proved to have the most liberal attitudes to cannabis:

Though the use and possession of cannabis in the US is still illegal under federal law, many states have so far legalized its use for either recreational or medicinal.

States where cannabis is fully illegal include Idaho, Alabama, Kansas, North Carolina, South Carolina, Nebraska, Wyoming and Tennessee. The rest of the states not mentioned above have mixed laws on cannabis with some still debating their way to legalization.

If cannabis is legal in your state, you may want to look for a reputable company whose CBD products are lab tested for quality and purity. Head over to cbdglossary.com for a comprehensive review of one such company.

From way back in 1976, coffee shops in the Netherlands have been openly selling cannabis. Which other country does that?

Furthermore, you’re allowed to have up to 30 grams of cannabis in your private store. But when in the public, you can carry with you only 5 grams.

As long as you use cannabis within a registered coffee shop, you don’t have to worry about getting into problems with law enforcement authorities.

However, note that this provision is only for Netherland residents. If you’re a tourist, your case is different. They don’t want you to be in possession of any cannabis for fear you may carry it with you back to your country where it might be illegal.

The latest data by New Frontier reveals that Canada has one of the highest rates of cannabis use in the world. A whopping 15% of the population use cannabis.

They do this legally, thanks to their constantly updated Cannabis Act. Canadians are allowed to do any of the following:

But selling cannabis to any person under 18 is a no go. You risk a 14-year imprisonment.

Located in the southeastern region of South America Uruguay cemented its position in history as the first country to legalize the use of cannabis for recreational purposes. That was back in 2013.

You first need to register yourself with the regulatory authorities before you can purchase cannabis. The limit per person is 10 grams per week. That’s enough to keep you high throughout the week. Remember that a regular user needs only 50 to 100mg of THC to feel high. This is the compound within cannabis that has a psychoactive effect. Most CBD oil products only contain 0.3% of THC and do not cause the same high feeling. Both are found naturally in the cannabis plant.

You must also buy your cannabis from a registered pharmacy, of which there are only 17 in the whole country. But even so, street sellers have illegally penetrated the market and now supply cannabis to about 70% of all users.

Surprisingly, this is yet another country with liberal attitudes to cannabis. It was the first one to decriminalize all personal drug use and that was back in 2001. As such, residents of Portugal widely use cannabis for medical reasons without fearing the arm of the law.

You just have to ensure that you keep an amount that can last you about 10 days, and nothing more than that. Essentially you shouldn’t have more than 25 grams on you, but you should still provide a proper medical reason and you can’t grow any cannabis yourself for personal use.

Whether yes or no, it’s nothing to fret about. The list is in no way exhaustive. Many countries in the world have and continue to embrace the use of cannabis. Consult your country, state or provincial laws to ensure you’re not caught doing the wrong thing.

Does your country have liberal attitudes to cannabis? Share your views in the comments below! 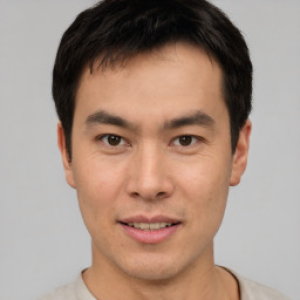 Steve Matthews regularly uses different types of CBD products and shares his experience with the online community. Steve has successfully incorporated CBD products to his lifestyle because of their science-based health benefits.