The November elections may have brought Trump into office, but they also did something else at least, if not more, momentous. They turned the American state map even greener. Even better, for the state industry itself if not the country. The success of the initiative in California offers the opportunity for the development of a deep and large industry that is likely to set the tone for the entire country. 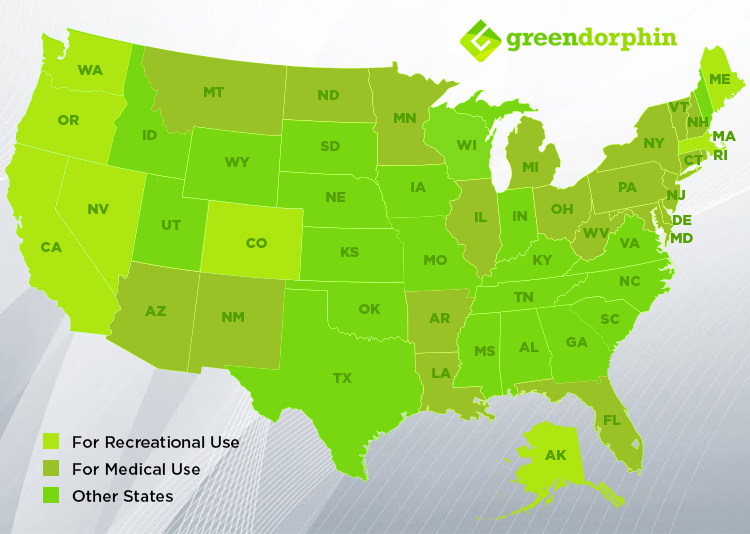 Further, the strategic wins of marijuana initiatives this fall have effectively turned the West Coast into a “Green Zone” as it were that stretches from Canada to Mexico. Industry advocates have even dubbed the success of state initiatives in November “the beginning of the end” of Prohibition. It may also put pressure on Mexico and more of Latin America to join the legalizing international wave. The success of particularly the newly recreational states and also those where medical made an advance, are also going to continue. And will boost public perception that the necessity of changing federal laws about the drug is now a priority in Congress.

Effects of the Marijuana Initiatives

The success of the majority of marijuana initiatives across the country in November also put more pressure on the federal government to consider rescheduling marijuana to something other than a Schedule I. Although that is not likely to happen for at the first two years of the Trump term.

The wild card here of course is the likely successful nomination of Jeff Sessions as Attorney General. Sessions’ noted anti-pot statements are making more than a few people in the industry more than a little nervous. What could come out of this clash at the federal level is more pressure on Congress to reschedule the drug. That is if only to stop a new round of federal raids in states where marijuana is now legal for some purpose – particularly on the recreational front.

On an economic front, the size of the new market itself, and the rapid growth that is now expected just about everywhere. This includes newly legal states, which is also the best engine for ongoing expansion that will be about $22 million in four years according to the projections of the ArcView Group.

So what does this mean in an environment where ordering a quarter-ounce of bud in San Francisco becomes as easy as ordering a pizza?

In California, for example, where most eyes are looking for the largest and most momentous if not impactful change, the victory in November could transform whole parts of the state into pot-farms. That is if they can figure out the pressing energy and water issues that also come with the territory. Because both are such potential roadblocks, the approach to the same, which is likely to be high-tech and modern, could also set new standards for the industry at least nationally if not internationally.

The presence of a regulated recreational industry in Canada, just north of the border, is also likely to spur new innovation and investment in all American states where marijuana is legal for some purpose – even if it is “just” the licensing of new technology, growing methods or IP of other kinds.

That said, there are certain things that are clearly going to be on a slow boat to China – at least for the next several years. It is highly unlikely that Congress will move to reschedule the drug to allow it to be covered under health insurance. Given the stated desires of the Trump administration to also repeal Obamacare and scale back federal health care benefits for veterans and the poor if not elderly, government funding for medical marijuana coverage is likely also to be less than it could be. This will dramatically impact the growth of the medical marijuana movement.

On the Recreational Side

This in turn will also hamper the recreational side of the biz. In every state, certainly at first, and also north of the border in Canada, it is medical reform that has not only been the precursor of greater recreational change, but medical users, in total, are far greater and use more of the drug than recreational fans.

What this could do is then create a movement to sanction home-grow for sick patients, much as has been seen in other parts of the world including Germany. However, this is also highly unlikely in an environment where patients’ rights are largely disregarded, and the focus is on private business development and profit rather than non-profit, or low profit care.

So in sum, while it is unlikely that Trump will be able to roll back the gains of the overall industry in the last couple of years, there are key areas that will also clearly languish under his administration.

For this reason, therefore, it is unlikely that the reform movement will falter. But the core underpinnings of the legal industry – starting with federal reform and rescheduling are almost certain to lag a pace called for by legalization activists, if not the broader public at large.

How do you see the Trump government would impact the cannabis movement and the whole industry?

Tell us in the comments section below.