Doctors and Marijuana: What Do They REALLY Think

As medical use begins to become more common, if not quite mainstream, one of the biggest hurdles in obtaining a prescription remains the acceptance of the drug by mainstream doctors. Doctors and marijuana is a tricky topic as reform is taking place, and doctors are all reacting differently to the news of legalization.

To date, when we talk about doctors and marijuana, and on what they really think about the drug, ‘doctor acceptance‘ has been based mostly on their own research. There is still not a concerted effort to educate doctors anywhere about the drug (although the advocacy of media personalities such as Sanjay Gupta has certainly made an impact.)

There is also a big difference between how doctors might treat the use of the drug by their patients, 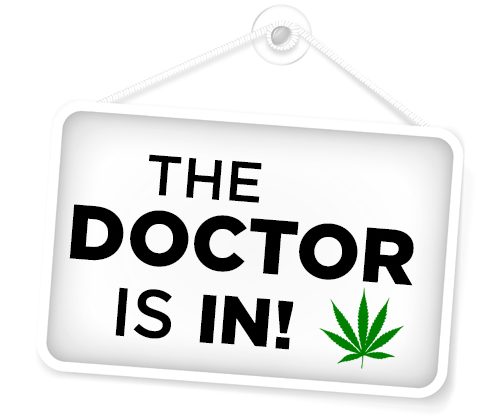 Doctors, who prescribe marijuana obviously accept the medical benefits of the drug. In the eighties and nineties, it was mostly gay doctors who treated AIDS patients, who were willing to prescribe or suggest the drug (and then mostly in California). Those that did so also risked their licenses and were, particularly during the Clinton 90’s, specifically targeted.

These days, doctors, particularly in marijuana-friendly states, are more open to considering prescribing the drug to patients for conditions such as:

It can still be hard to find prescribing doctors. However, more and more online resources such as Weedmaps, are places where patients can begin to look for doctors who openly prescribe. When looking for a prescribing doctor, specialty physicians are far more likely to prescribe than general practitioners.

On the bright side of things, it is possible to get a doctor to prescribe you with medical marijuana. I will tell you HOW in How to Get Your Doctor to Prescribe Medical Marijuana.

In other situations, it might be possible to convince a doctor to prescribe a pharma version of the drug – such as dronabinol. 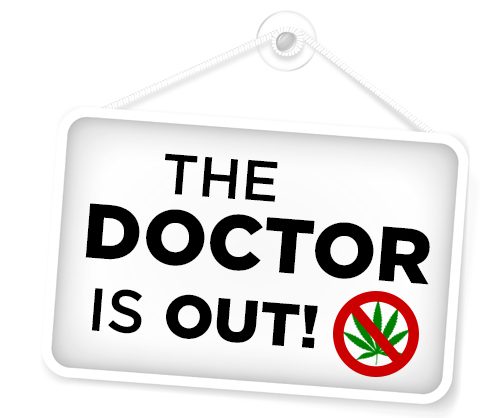 Doctors who do not treat conditions that marijuana is commonly prescribed for, or who are unwilling to prescribe the drug generally fall into two categories.

Those who do not prescribe the drug but are aware of the medical impact of marijuana, are also far less likely to consider casual, recreational use a “danger.”

A recent study by the National Academy of Sciences (PNAS), found that non-prescribing, primary care doctors thought that marijuana use was actually the least “dangerous” activity on a list of nine items – including riding a motorcycle without a helmet and having intercourse with sex workers.

Doctors who tend to find marijuana “dangerous” usually do so for other reasons than specifically medicinal reasons. Republican doctors, for example, tend to be more “anti-marijuana” than their democratic peers.

While more and more doctors are beginning to prescribe marijuana as a drug, most mainstream medical associations still remain opposed, even to medical use.

For example, a WebMD survey two years ago of close to 1,500 doctors found that the vast majority of doctors they surveyed, agreed with legalization. The Epilepsy Foundation also called on the DEA to reschedule the drug for medical use.

The American Medical Association, however, opposes legalization and rescheduling. Certain other groups, including the American College of Obstetricians and, Gynecologists also opposes the use of marijuana by pregnant women for specific reasons – namely that endocannabinoids affect developing brains.

That said, medical lobby groups are starting to be formed with the explicit goal of legalizing the drug for medical use. A group called Doctors for Cannabis Regulation organized itself this year to explicitly lobby for reform.

Doctors for Cannabis Regulation is a splinter group formed from AMA members, which was created specifically to lobby for the legalization not only of medical marijuana but adult recreational use. The organization argues that the criminalization of the drug actually causes more harm than good. This is actually a continuation of older AMA policy. The organization actually opposed the ban on marijuana in 1937 because it was used to treat a number of medical conditions.

The Association even wrote that the prohibition of the drug would “deprive the public of the benefits of a drug that on further research may prove to be of substantial value.”

The Fact of the Matter: Doctors Do Not Know Enough

In fact, because of the lack of research as well as a ferocious drug war campaign against the drug for most of the 20th century, most doctors still do not know much about the drug.

The endocannabinoid system of the body, now recognized as the body’s fourth regulatory “system” was only discovered in the 1990’s.  The wealth of research that is today more freely distributed online was even a decade ago, still widely unknown.

The fact of the matter is that most doctors do not understand the full impact of marijuana because of the evolving nature of research on the medical efficacy of the drug. Doctors and marijuana may seem a little bleak mix but as this begins to change with far more widespread medical use legalization, doctors will also undoubtedly become more educated and aware of the many medical uses for marijuana.

Do you think the opinion of the medical field greatly matters in marijuana legalization?