I did not set out to make the largest scale documentary about cannabis ever. However, with a little help from you, the reader, I’ll be on track to do just that. Preparation for Druglawed 3 is underway, starting with financing through the crowdfunding site, Patreon.

The Druglawed series is undoubtedly the largest scale New Zealand documentary production of all time. The production flew to all parts of the world, nine countries so far, to interview a stellar cast. The film is no longer a New Zealand film, it is a global one. The final part of Druglawed 2 (which we will release later this year) was shot in Uruguay, featuring renegade president Pepe Mujica, who legalised cannabis throughout the country. It looks like the next phase of production will take place in Morocco.

However, in spite of the scale of the production, not one mainstream NZ media outlet has ever mentioned the films. Druglawed 1 appeared in one NZ film festival in 2015 – that was it, as far as mainstream recognition goes.

Since New Zealand is a country starved for quality local content, and it’s also a top-five country for cannabis consumption per capita, I expected a lot more interest in the films.

Being completely ignored by the mainstream media machine has so far squashed the series’ ability to reach a wider audience.

I blame New Zealand’s risk aversity and the ingrained mediocrity of this backward country. No reviews, no broadcasts, no official buy-in. There’s been zero backing from NZ’s conservative funding institutions, whose primary function is to provide bureaucratic positions for people who occasionally sign off on a film production, when they can stack enough well-connected personal contacts on the payroll. Favoritism is rife in this small, incestuous world of media backscratchers.

NZ Film Commission productions and their ilk are invariably pedestrian pink-slime sausages. When a film is finished, they’ll do a little launch, clink their wine glasses together and pretend like they’ve done something really tremendous. But if they were honest with themselves they’d all admit it’s just some shite that completely missed the mark, and that all the energy they expend on these wasteful screen exercises is nothing more than a jobs program for underemployed actors and other industry professionals. Whatever film it was they just squeezed out will be forgotten in two weeks. The producers will hurriedly return to filling out applications, hoping to score again in the next rounds of funding. This is regrettably how the NZ film funding jerk-circle operates. 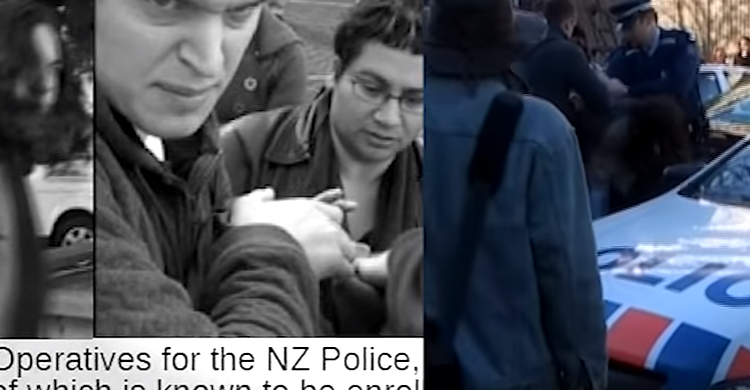 A ground-breaking, highly relevant, truly independent film like Druglawed apparently doesn’t get an invite to that party.

That’s why Druglawed has had to rely on small donors. Incredibly, it has been contributions from many grassroots supporters that funded a production which is turning out to be the largest scale cannabis documentary of all time.

The new goal is to raise over $750 a month through www.patreon.com/druglawed – this will enable the production to continue in Morocco, and possibly Spain and Portugal next year. A pledge of just $1 a month gets you all 16 of our completed episodes and all future episodes and extras.

Having a track record like Druglawed 1 and 2 obviously helps, because soon after launching www.patreon.com/druglawed we had a solid stream of initial pledges from people familiar with the series and eager to see more. We are currently sitting at $350. 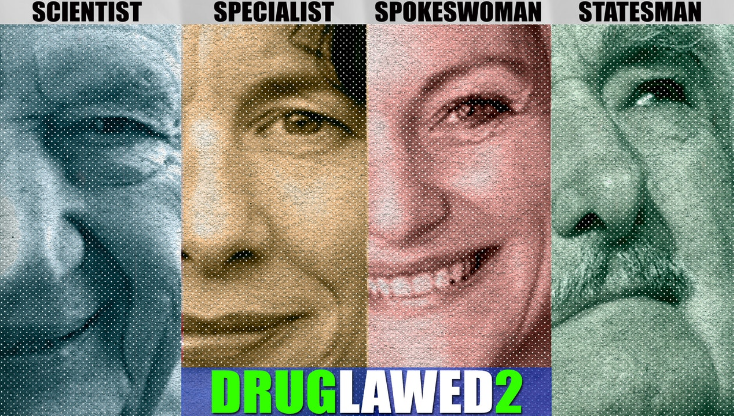 Our first Platinum Sponsor was Greendorphin.com, and it has been wonderful to establish a relationship with a cutting-edge news and culture site which shares the progressive, independent ethos of the production.

As soon as you pledge you are subscribed to all our releases and you immediately get a link to download Druglawed 1 Episodes 1-9. Your name will be listed in the credits too. Thanks to the people who have pledged, I can’t do this without you.

Go to www.patreon.com/druglawed to make my day, or those readers who prefer just to download the films directly, check out www.druglawed.vhx.tv – your support is much appreciated.

Be part of a great cause, let us support Druglawed.