If You Want to Eat More and Lose Weight, Smoke Weed!!

You might be aware of this famous punchline for stoners that they always have the “munchies”. Well, thanks to science, this is not the case anymore.

According to a report published by the American Journal of Epidemiology, people who smoked cannabis regularly had approximately one-third lower obesity rates than the ones who did not smoke.

Many medical marijuana doctors in Orange County also advocate the same fact which these studies are proposing.

The Complex World of Medical Cannabis and Weight Loss

The brain is not someone you can fool around with just hunger signals by the CB1 receptor. Many anecdotal studies have confirmed that these hunger signals get adjusted for frequent cannabis smokers which eventually regulate their munchies accordingly.

It’s like they somehow compensate for their munchies by eating less. For example, if you smoke cannabis at night and eat a large portion of a meal, you will find yourself eating way too less during breakfast as well as lunch. Hence, eventually less food intake.

A study conducted by the University of Nebraska, the Harvard School of Public Health, and Beth Israel Deaconess Medical Center concluded that cannabis smokers have smaller waist circumferences. Not only this, cannabis smokers were found to have higher levels of “good cholesterol” than non-smokers.

There are two primary cannabinoids which are effective for weight loss. Let’s understand the science behind losing weight using either of the cannabinoids.

There is a definite correlation between THC and weight loss. A study conducted in 2015 treated lab mice with varying THC doses for around 4 weeks. This study revealed that the mice which were given doses of THC frequently decreased weight, fat accumulation as well as energy intake.

While analyzing the results, they concluded that THC caused transformation in the gut microbiome. They assumed this apparently could be the factor contributing to managing weight.

Other explanations which could possibly be the reason for effective weight loss.

As a result, regular cannabis smokers have lower BMI (body mass index) as their brains are continuously exposed signals which are responsible for down-regulation. Hence, ultimately increasing their metabolic rates.

A study by Parray and Yun provided with these incredible insights-

To answer which cannabinoid will increase the potential to promote weight loss-THC or CBD— mostly research and studies indicate that CBD is a better option. This is because of the psychoactive properties of THC which could somehow increase your appetite. While CBD is known for its appetite suppressing qualities.

For further information on the differences between CBD and THC check out the below video with cannabis doctor, Dr John Teh:

How is Medical Cannabis Helpful in Stressful Situations- Another Factor for Causing Weight Gain?

Well, who isn’t stressed these days?

To be precise, in today’s fast-paced lives, mostly we end up with more stressful situations. This ultimately affects our metabolism. It’s like during stress, our brain releases a hormone-cortisol which when kicks-in increases the blood-pressure levels.

This activates the signal to accumulate fat and burn less as the body gets into the survival mode. Hence, resulting in more weight gain.

Medical Cannabis plays a part by relaxing as well calming the mind as well as the body during such stressful situations. CBD rich strains lower the cortisol levels, hence making it easier to lose weight.

Medical Cannabis is helpful. However, it does not mean every strain will be providing the same effect. Hence, choosing the right strain is very much essential.

Smoking sativa strains will be helpful in bringing more energy as compared to others which might do the exact opposite.

Along with the other primary cannabinoids, one cannabinoid, THCV, which is the cousin of THC is also known to suppress appetite by changing the gut microbiome. Hence, you can choose the strains which are rich in THCV instead of going for any THC strains as it has least psychoactive effects.

Durban Poison
This is one popular strain for losing weight. However, because of its high THC levels, one might get anxious. Therefore, its advisable to microdose this strain instead of going for higher doses.

Blue Dream
This is sativa dominant strain. It helps in curbing appetite along with providing the energy boost. Plus, it helps to keep the mind off the food.

Grapefruit
This is not one of the common cannabis strains. However, it has the ability to control hormonal disorders along with no issues of munchies which are the factors for the increase in weight gain. Plus, this strain keeps the person motivated relieving all the unnecessary stress. Hence, eventually helps in losing weight significantly.

Green Crack
It is probably something which can be consumed before going for the gym. It has a quick onset of action because of its high THCV levels, hence providing energy within that instant. This eventually lowers the chances of fat accumulation. Hence, losing weight effectively.

Doug’s Varin
This is probably the most potent cannabis strain with incredible appetite-suppression properties. It has the highest levels of THCV which will help you with significant weight loss.

Cherry Pie
It is an indica strain with lower THCV levels. It works quickly which is perfect as post-workout puff.

To wrap it up, it is no secret that cannabis affects everyone differently. However, you can consult medical marijuana doctors in Orange County to understand which medical cannabis strain will be most effective for you. 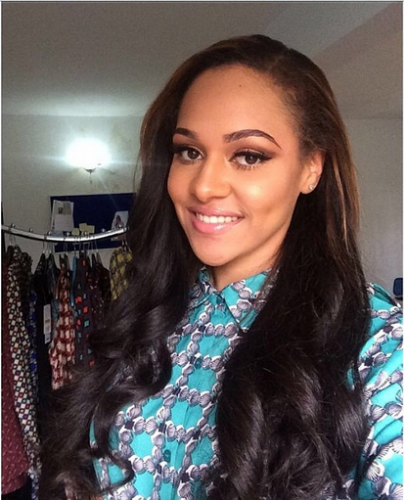 Jo Harvelle is a freelance writer and blogger. She is living in Los Angeles, California and has been writing on Medical Marijuana for Health, and Online 420 Evaluations.