I am a self-styled freedom fighter in a struggle against the Australian authorities for there attitudes towards the reform of cannabis laws.

The battle began in the early 70’s when people like me started to protest against the evil Vietnam Police Action (War). We joined together with university students, left-wing politicians, church people and peace activists to demonstrate our opposition to the War.

As an act of disobedience, we smoked joints during the marches and sat around in circles passing the joint and discussing what new action we could take.

At the time cannabis was illegal because it was considered a poisonous plant and the maximum penalty was 2 years of imprisonment, but all that was set to change. A new law called the Misuse of Drugs Act was passed by the elders and the penalties were increased.

The Drug Squad was increased from two coppers to twelve and they seem to have a special interest is pursuing Anti-War protesters like me. I lost count of the times my house was raided by these Drug Squad bullies, and even though they never found anything on me they keep on coming.

This was not about smoking pot, it was political oppression.

By the mid 70’s, their war was lost and we loaded up our Kombi’s and drove 4000km to the other side of the country to celebrate the victory at the Aquarius Festival in a small town in New South Wales called Nimbin.

There were thousands of people there from all over the country and they were talking about peace and love, saving the environment, opposition to racism and many other new age ideas. We had helped to stop the war but it now seemed there were other battles to win.

When I returned to my hometown of Perth in Western Australia, I found that the conservative politicians and their police mates were even more aggressive towards peace activists and were using the War on Drugs to punish us.

I was very careful and after many more raids from the Drug Squad which came to nothing, they changed tactics. Using Police informants they tried to set me up with 400 grams of cannabis and then send another traitor around to buy some off me. I guessed it was a trap and hid most of the cannabis where they would never find it and keep two grams to play the game.

For two hours the traitor kept asking me to sell him some pot while the drug squad took turns at peeping through my window waiting to catch me for supply of cannabis. I eventually got bored and gave the traitor half a gram and he stood up and opened the door for the Drug Squad maggots.
I didn’t really care about being busted because so many of my friends had been charged that it became a badge of honour to go through the Injustice System.

I must say I was a little surprised when I was given two years imprisonment and sent to Fremantle Prison, the most brutal and harsh prison they had. As bad as it was, I was still quite happy to feel this harsh treatment for myself because Australia started off as a prison colony and to be a true freedom fighter it was something that must be experienced.

I went to prison as a peace and love hippy and came out as an angry man seeking revenge.

That is something these authoritarian maggots had to watch out for in the future. One thing for certain was these bullies were violent, tricky and had guns and if I was to take the fight to them I needed some training.

In the 80’s the Russians went into Afghanistan and the Army needed to bolster their numbers which was going to be difficult after the mess in Vietnam.
I went to sign up.
” You were a peace activist and caused a lot of trouble for the Government and have been in prison for supplying drugs,” they said, “ Why do you want to join the Army” they asked. “I just want to pay my debt back to the country,” I said, especially to those who have harmed me, I said under my breath.

Well, they let me join the 2nd 16th Battalion Royal Western Australian Regiment, an Infantry Regiment and they even let me wear the uniform of the feared Cameron Highlanders.

For three years, part-time, I turned into a pretty good rifleman and I learned how to use most of the weapons in the Infantry, how to take prisoners, hide in the bush and ambush the enemy, skills that I felt would be useful.

In 1986 The Prime Minister’s daughter died of a drug overdose and he made an executive decision to declare War on Drug users and suppliers.

He gave millions of taxpayers dollars to the police nationwide to set up a Dob In a Druggie 12 hour hotline called Operation Noah. An operation to sabotage the operation called ‘Say No To Noah’ was launched.

To be clear I am not saying it was my idea or I financed it or I printed the literature and sent it out to freedom fighters across the State, it just sounds like something I could and would do.

The Police were given $340,000 to set up the operation and when they read the pamphlet which mentioned that loud noises would be used to disrupt the telephone operators they went on strike. Sound limiting equipment was flown in from another State which cost another $60,000. The day of the operation thousands of calls flooded their switchboard and their system crashed and when they finally got it back online, they were flooded with bulldust and none of the information gathered could be relied on.

All in all, it was a great day but not for the coppers or the Prime Minister. Below is the front page of the pamphlet and the police response.

In 1984 a Beer Baron’s team from my town won the America’s Cup 12 Metre Yacht race and the yachting circus which was to be shown around the world was coming to my town.
Around the same time, an article appeared in the paper saying that a Swiss guy had rolled a world record sized cannabis joint which was 7.93 metres long with 100 grams of cannabis.

I decided to roll the World’s Longest Joint which would be 12 metres long and contain one kilogram of cannabis and launch it overlooking the ocean on the last race day.

I built a replica yacht which was equipped with two car vacuum cleaners to toke on the joint and a tape deck that played “Don’t Bogart that Joint”.

I dressed myself up in military camouflage cloth and had feathers around my feet to show I was a revenge man, an indigenous law man, and dragged the yacht onto a park.

The event was filmed and is on YouTube, 12 Metre Joint. The joint was also videoed by a news crew and was shown around the world on the fat cats media for free. That was a good event.

It is hard to say who I hate the most, the politicians who ramp up Law and Order campaigns and use drug users as their whipping boys and girls, the dopey voters who time after time fall for the same propaganda election after election, the Police, Courts and Prisons staff who abuse the rights of their countrymen and women year after year or big business who use the War on Drugs to distract people from the fact that they are plundering our resources and destroying our land.

It is my view they are all responsible for the harm.

In 1990, I read a book “The Emperor Wears No Clothes” by Chris Conrad and Jack Herer.
It was mind-blowing because I never knew that there were so many uses for cannabis.

I set up the Western Australian Kibbutz and Environment Understanding Program, WAKE UP INC. and started to lobby the Government for change.

Thirty years later some things have started to change. Some people can have Medical Cannabis, about 500 people but you have to be nearly dead to get it. Cannabis can also be consumed and many nutritious products are now available and hemp fibre and oils can be grown and used for industrial and commercial products.

Things are getting better BUT thousands of people are still being charged and imprisoned for Cannabis and the corrupt laws are still being used to target environmentalists who stand in the Fat Cats way. Things must change and there are still things that can be done to bring about a change.

My life has been made more difficult because I chose to smoke pot but it has enlightened me to many other injustices and I have never regretted taking the fight to the nasty maggots who have continued to oppress the people. I will never give in to this injustice. 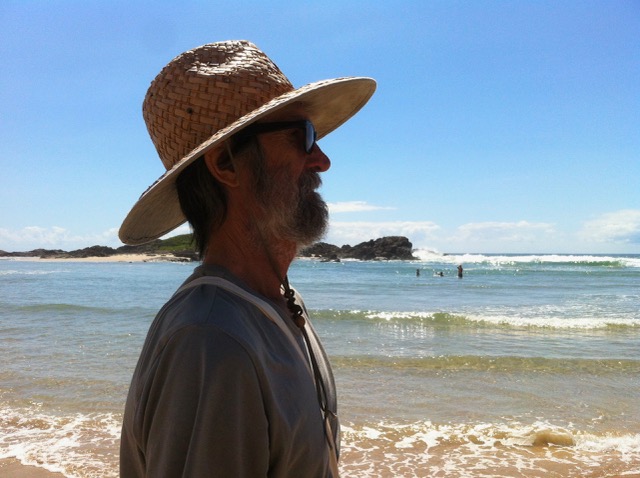 This is what I look like today and how I like to live my life, walking on a peaceful beach pondering on what I can do to make the world a better place.

What Is the Difference Between CBD Supplements and THC?

Guide for Cannabis Business Beginners – Hiring a Lawyer and Much More