How Hemp Can Save the Planet

Back in the 1930s, when marijuana was criminalized, hemp was viewed as all the same. A dangerous drug with highly addictive qualities that caused young people to commit crimes. The ignored truth was, hemp doesn’t even get you high.¹

Its THC count is extremely low compared to marijuana and was used throughout history primarily as a versatile tool. Still, that didn’t stop governments from banning it outright. And it was until about two decades ago that hemp began making its resurgence.

With that resurrection, researchers have been finding more and more ways in which hemp can help our planet from currently negatively impactful industrial practices. And hemp advocates are going to their local Congressman and demanding changes.

Throughout this article, we’re going to review 5 ways hemp can help both the planet and human civilization.

Currently, the most common ingredient in clothing is cotton and it’s produced in mass quantities. In order for farmers to make high yields, it’s required they use pesticides, herbicides, and fungicides.²

In turn, these detriments the soil and, with enough time, make nearly ungrowable. The thing about hemp is it doesn’t require any of these pesticides for high yields and is, in fact, better for the consumer.³

Hemp clothes are known to:

Furthermore, hemp has the ability to absorb all the dangerous chemicals we placed into America’s soil throughout the years. With enough time and hemp, we have the ability to significantly reduce soil pollution all while developing more than enough clothing.⁴

To top it off, hemp requires less water to grow than cotton.

Throughout human history, a number of different cultures used hemp as a prominent source of food. Even without scientific evidence, these past cultures knew hemp had a number of health benefits that other foods can’t compare to.⁵

In today’s society, hemp seeds have such a variety of uses, there’s almost no reason not to add them to your daily meal.⁶

Some of these uses include:

Hemp is one of the few plants that can grow in a variety of conditions. Due to this, people of almost anywhere in the world can grow the crop. In some essence, hemp might be an answer to world hunger.

It should be noted, hemp grown on polluted soil IS NOT safe for consumption as it will absorb a number of toxins.

One aspect of hemp that differs from other plants is you can grow a lot of it on a small amount of land. For example, did you know that on just 1 hectare (2.47 acres), you can grow enough hemp to build a house?

By mixing hemp with lime, you get something known as hempcrete. For many out there, this would be an ideal building material as it naturally insulates houses and holds in carbon dioxide.⁷

Some people have already begun building houses out of hemp and are finding more benefits.

For example, in North Carolina, a house that was built using hempcrete was found to become stronger over time. This is due to the hempcrete hardening as time elapses.⁸

Plastic is one of the biggest nuisances on this planet. It’s over dumped into our oceans, takes hundreds of years to biodegrade, and – when it initially biodegrades – breaks down into microscopic bits that much of the natural life unknowingly consume.

And this toxicity isn’t just bad for plants and animals, it ends up in our stomachs too. If a fish consumes enough microscopic plastic, there’s no reason it can’t end up on top of your dish tonight.

However, the unfortunate truth is, plastic isn’t going away any time soon. As horrible as it is to say, plastic is just too handy for our society to suddenly give it up. So, why not develop an alternative plastic that just as strong and with a faster biodegradation rate?

Well, we have developed that plastic. And it’s made out of hemp. Not only is hemp plastic more lightweight and easier to carry around but it also has the ability to absorb carbon dioxide.

We’ve already talked about how hemp can absorb toxins from already polluted soil. Yet, that only touches the tip of the iceberg of benefits hemp can have on this environment. The crop has the ability to grow in large yields at a fast rate with little outside resources necessary for a healthy cultivation.

We’ve also discussed some of the uses of hemp, but again, this only scratches the surface. There are actually over 20,000 different known uses of hemp – many of which can replace current methods that damage the environment.

Furthermore, hemp produces fewer diseases than other crops – particularly because it requires little to no chemical influence.

Hemp is an answer this world has been waiting for. After nearly a century of prohibition and damage to our environment, hemp may just be one of the solutions in the ever-complicated problem of how to save the planet. 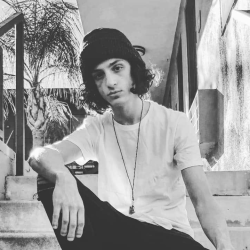 Latest posts by Paul James (see all)
PrevPreviousCBD and Insomnia: Can CBD Gummies Help with Sleep?
NextPill Testing and Roadside Drug Testing – When is it Appropriate to Test for Drugs?Next