Jordan Peele Smoked Weed While Writing “Get Out”

During the 2018 Film Independent Spirit Awards, a ceremony intended to recognize some of the best independent filmmakers in the industry, Jordan Peele, a famous American actor, comedian, writer, producer, and director, admitted to writing “Get Out” while high.

Everyone is aware of the fact that one of the “side effects” of marijuana is to facilitate the spark of an individual’s creativity. Jordan Peele is a proof to this by bagging two of the highest honors in the event – Best Director and Best Screenplay.

“This project didn’t start as a statement. It began as me wanting to make a film in my favorite genre. And I sat down and I would smoke a little bit of weed, and try and write you know, mind-bending horror film,” Peele said during his speech after accepting the accolades given to him at the 2018 Film Independent Spirit Awards.

He also said that this is not the first time weed has this mind engaging effect on him and studies back up his claims. According to research, micro-dosing marijuana with Sativa-dominant strains could probably be the most convenient way to make your creative juices flow.

In the movie industry or even in the entirety of Hollywood, a lot of artists have already spoken up about the help of cannabis in their career. 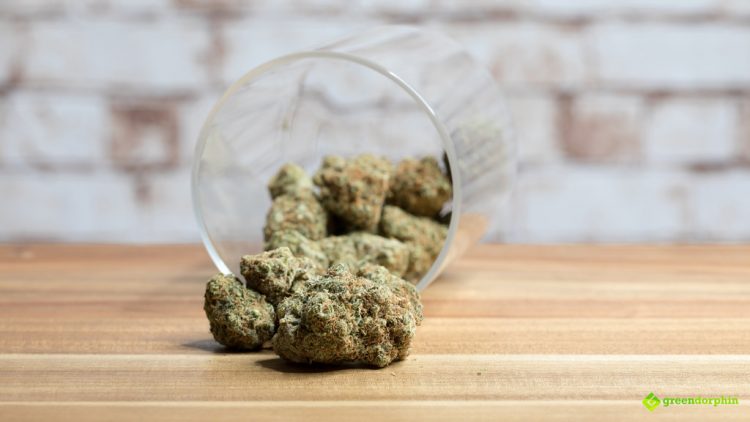 A lot of artists have been giving credit to ganja for the success of their finest works. When actor, comedian, and filmmaker Jordan Peele also received his first ever Academy Award, for Best Screenplay in his movie “Get Out,” he became vocal about his respect for the plant.

Although as a comedian, Peele might sound that he is joking, he seems to be pretty serious regarding the influence of marijuana in his works.

“Get Out” is not the first time where weed attributed to Peele’s creativity. In the Comedy Central Show “Key and Peele,” Jordan Peele and his partner Keegan-Michael Key, crafted a collection of sketches dedicated to the “Toked and Stoked.”

Each episode of the comedy television series consists of a few pre-taped skits starring the quirky duo. Their show is mainly focused on topics such as American pop culture, ethnic stereotypes, and race relations.

If you have been watching Peele throughout his career, it should not be a surprise that he openly attributes his creativity to cannabis.

Even during his MadTV days, before “Key and Peele” was aired, some of Peele’s famous skits greatly involved a series of different characters and personalities that involve him smoking marijuana.

Peele and his best friend, Kegan-Michael Key plan to reunite for the stop-motion Netflix movie, “Wendell and Wild.” It is expected that weed will play a part in the success of this film as well.

Though Peele usually takes a humorous tone about cannabis, he talks about wanting to touch on real issues with “Get Out.”

“At some point, I just followed the truth, and I realized that there are people who are locked up for smoking less weed than I was smoking when I wrote the movie. And so, I wanted to deliver that truth.”

With this statement, it could be proven that Peele is pretty serious and critical regarding cannabis and his love for cannabis has brought us a mind-tingling and thought-provoking film that had people talking.

His film did not only bag the 2018 Film Independent Awards but is also had Peele receive an Academy Award and an Oscar.

A lot of weed enthusiasts and fans of Peele are looking forward to his cannabis advocacy. Because of him using his platform in low key advocating for weed, a lot are hopeful that people could be educated about their misconceptions of cannabis.

Have you ever used cannabis to get your creativity flowing?
Share your thoughts and experiences with us in the comments below.