Kratom for Depression and Anxiety: Everything You Need to Know

You may have heard of the word kratom in the news or even read an article about it online.

Usually, this news or articles involving Kratom will either be about a wonder herb that promotes health and wellness or a psychoactive drug substitute that is dangerous for consumption.

But what is Kratom? Is it really that dangerous that multiple countries ban the import and consider them narcotics? Or is it a true wonder drug that alleviates chronic pain and anxiety?

Kratom was discovered by Pieter Willem Korthals in 1839 during one of his trips in the Dutch East Indies. He gave the scientific name Mitragyna Speciosa due to the fact that the leaves are shaped like a Mitre, a headgear worn by high ranking church members of the Christian faith.

George Darby Haviland, an English surgeon, confirmed its opioid effects despite the fact that the plant is not opioid in nature.

Kratom was used by indigenous tribes of Southeast Asia on religious ceremonies and at the same time to relieve medical conditions.

Its use could span from a hundred years before any western colonization started in the region. The locals consume the leaves either freshly chopped, dried up for future use, or turned it into tea. It is orally induced either by chewing or through drinking.

ThorPorre [CC BY 3.0], from Wikimedia Commons

Kratom comes from South East Asia. Thailand, Malaysia, Indonesia, the Philippines, and as far as New Guinea are the countries where the Kratom tree is found. These trees are evergreen in nature, ergo, the leaves are green all year round. It can grow to 25m or 82 feet. It belongs to the coffee family as nomenclature in botany goes.

In present times, there are certain tribes in Thailand that are consuming Kratom directly through ingestion, believing that the hallucination provides images to the user which they consider as omens or predictions and also bestowed renewed vitality for the user.

In different southeast Asian countries, Kratom is also known as “ketum” or “biak” in Malaysia, “Krathom” or “Thom” in Thailand, and “Mambog” in the Philippines.

Malaysia and Thailand have the highest usage of Kratom in the region despite its availability in some other countries. This is due to the fact that these countries were part of the Dutch East Indies and Opium was widespread during those times. Kratom served as a better substitute to opium not only because of its availability but because of its psychoactive nature sans the long term negative effects of the former.

Despite its existence being known for the last 170 years, it has only been recently that Kratom entered the world trade and introduced to Western countries.

Kratom’s spread in these countries already paved the way for other different usages; kratom became a relief for people suffering from chronic pain, anxiety, depression, and drug dependents. However, the use of Kratom should only be in proper dosage to avoid deleterious effects on the user.

Kratom for Depression and Anxiety

Kratom’s psychoactive effects are due to the Mitragynine present in the plant. Similar to the use of cannabis strains for anxiety, kratom is used to treat depression and anxiety. Whereas cannabis contains the psychoactive compound tetrahydrocannabinol or THC, kratom contains Mitragynine.

Mitragynine has opioid effects belonging to the coffee family and Papaveraceae, the opium family. This is because there are receptors in our brain that only activate after a condition has been met.

Studies involving opium and its effect on the brain prove that there are receptors that become online once the opioid reached the brain, resulting in pain relief and getting the body to relax. Mitragynine is found on the leaves and consist 66% of its chemical composition once processed.

Like cannabis, kratom doesn’t directly cure depression or anxiety. The effects are indirect, such as pain relief and body relaxation, making you a lot more comfortable.

Another chemical present in Kratom is 7-Hydroxymitragynine. This chemical targets a very specific receptor in the brain which causes the analgesic effect of the drug. This, in turn, makes the user experience a morphine shot despite the chemical only making up 2% of the Kratom chemical composition.

ThorPorre [CC BY 3.0], from Wikimedia Commons

Presently, Kratom usage varies from one person to another. Despite not being used as prescribed medicine by physicians, its availability and distribution are global. Here are other health benefits of Kratom:

So, which strains are best for weight loss?

Here are the most suitable kratom strains for weight loss:

Maeng Da Kratom: This kratom strain carries a combination of highly potent alkaloids because of the grafting technique used in harvesting it. It offers long-lasting stimulating effects. You won’t feel restless or jitters like other strains.

Dosage Recommendations: Because kratom isn’t regulated and monitored by the FDA, no seller will supply kratom with dosage instructions. You’ll have to do your own research to figure out the right dosage for your needs.

The traditional preparation of Kratom is simple. Herbal medication is not new in the southeast Asia region thus it is prepared the same way as any herbal medicine should be.

Kratom leaves are either eaten fresh or dried up and crushed for later consumption. The crushed leaves are grounded further to be brewed into tea or added to the water. Due to its naturally bitter taste, additional flavorings were used. Other tribes smoke the dried and crushed leaves similar to a cigarette.

In western countries, Kratom is usually packaged and delivered in powder form already, though there are variants that encase them in capsules or in some cases in its liquid state in the form of extracts.

Kratom Crazy, as one of the trusted brands of extracted Kratom, offers both powder and capsules. It proves quality and provides the desired effect. When using Kratom to soothe anxiety and depression, it is advised that you begin with a low dose, then gradually increasing the amount of use until you achieve the desired effect.

Kratom users agree to the beneficial effect of kratom to ease depression and anxiety. The benefits of kratom cannot be disregarded since it is a good legal (in certain countries) substitute for very expensive opioids and helping alleviate their anxiety and depression.

Kratom’s easy availability and access (depending on your country) provided alternative options to drugs that are purchased in pharmacies that may cost a lot.

An internet community dedicated to Kratom use is very helpful and supportive to newbies explaining not only the benefit of Kratom but also the cautions of its usage.

Given enough time and research, Kratom can either be the new wonder drug or another dangerous substance. Despite multiple countries banning the import and possession of Kratom and sanctioning some States in the USA, it does not look good for Kratom. Yet its beneficial effects cannot be just ignored and be wasted. 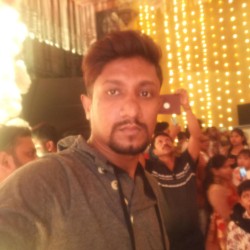 Subhankar
A fitness lover and a blogger by profession, Subhankar also loves to ride bikes in his free time. Staying fit and writing blogs are two things he swears by.

Latest posts by Subhankar (see all)