Lawsuit Challenging the Federal Prohibition of Cannabis was Dismissed by Judge

The lawsuit challenging Sessions and the Department of Justice on the Schedule I classification of Marijuana has been dismissed by federal judge Alvin Hellerstein.
JR, March 1, 2018
601 3
SHARE
Home Around the world North America Lawsuit Challenging the Federal Prohibition of Cannabis was Dismissed by Judge

The lawsuit that challenged the federal prohibition of marijuana was dismissed.

February 14’s triumph quickly faded for the marijuana advocates when Judge Alvin Hellerstein moved the motion to suspend the case this Monday.

The Judge of the U.S. District Court made some statements regarding his renewed positive perspective on cannabis- an act which seemed unlikely for a federal judge. That gave confidence and hope to the advocates.

But with his decision on Monday, Hellerstein ultimately authorized Jeff Sessions and company’s motion to discharge the case. He pointed out that his judgment is not clouded by the “merits of plaintiffs’ claim”. Rather, the judge thinks that the complainants must proceed with the “administrative remedies” before proceeding to the federal court. He also added that the medicinal value of cannabis is not something that the District Court Judge has jurisdiction over, instead, that task is for Attorney General Jeff Sessions, the chief legal advisor of the government to consider.

Lauren Rudick, the co-counsel for the plaintiffs said that they have absolute respect for Judge Hellerstein but they believe that his decision was wrong. She added that the process to petition is a futile means of rectifying the case as the Attorney General is biased.

AG Sessions have been blatant and outspoken in his distaste for the regulation of cannabis-related laws. He has pushed back the movement so far as even blaming the substance on the opioid crisis.

Judge Hellerstein’s action may put the plaintiffs in the same situation as those who petitioned the government through the administrative process. These people have dealt with an average wait of nine years.

The lawyers of the plaintiffs contend with this because nearly a decade delay for their clients is absurd particularly because they consume medical marijuana for life-saving therapeutic reasons.

The complainants are former New York Jets player and currently a marijuana entrepreneur Marvin Washington, a US Army combat veteran and cannabis patient- Jose Belen, minors who use medical marijuana: Jagger Cotte and Alexis Bortell, and the CCA or Cannabis Cultural Association.

The CCA is a non-profit organization that supports the underrepresented and apprehensive communities that use or sell cannabis.

“After years of searching for viable treatment options, Alexis began using medical marijuana. Since then, she has gone nearly three years without a single seizure,” Hellerstein addressed in his opinion. “I highlight plaintiffs’ experience to emphasize that this decision should not be understood as a factual finding that marijuana lacks any medical use in the United States.”

David Holland, co-counsel, believes that Judge Hellerstein has the power to review the department’s prior knowledge of marijuana. He added that since almost every U.S. state has already passed comprehensive medical cannabis programs, the national government’s perception and regulations of the substance doesn’t keep up with the times.

The Schedule I classification setup of marijuana is also unconstitutional according to Mr. Holland.

The case does not only focus on the matters brought by the plaintiffs in court, it also challenges the prohibition of marijuana by contending that the Controlled Substances Act was legislated because of racial discrimination.

They disputed that marijuana’s Schedule I status was instituted by the Nixon’s government to crack down on the rights of African Americans. Protestors of the Vietnam War was also targeted by the Nixon administration.

Members of that administration admitted that they have considerable enmity towards the minorities and those who oppose the war.

Hellerstein wrote back saying that – even if the discrimination against African Americans were true, the plaintiffs have failed in demonstrating that it was the reason the United States Congress placed cannabis in Schedule I.

Although they just experienced a loss, Washington, Bortell, Cotte, and the CCA with their attorneys have not given up and promised that they will pursue their fight.

Jose Belen said that along with his fellow petitioners, they will continue standing strong for the patients, veterans, and countless more Americans whose lives rely on free and legal access to medical marijuana. The Army veteran believes that they are on the right side of the story.

Belen added that they will bring the fight to the Supreme Court if they see fit.

Rudick admitted that they did predict that the lawsuit would be determined by appeal and they looking forward to it. She is optimistic that the appeals court are going to set things right.

In addition to this, the lead counsel in this lawsuit Atty. Michael Hiller said that with their clients, they vow to continue moving forward. The team will appeal to the court’s ruling in the federal litigation. 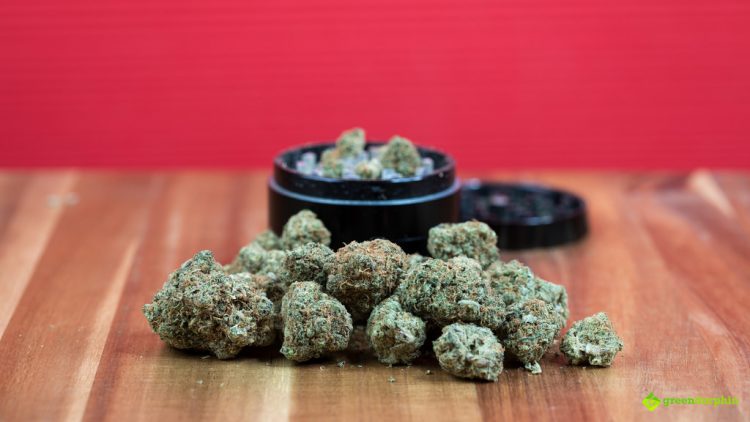 “Resigning the plaintiffs to the petitioning administrative process is tantamount to a death sentence for those patients who need cannabis to live,” Atty. Hiller said. “The time has come for the courts to abandon decades-old precedent, notched with obsolete legal technicalities, and catch up with modern science and contemporary principles of constitutional law.”

In the meantime, those who are part of the case are energized and emboldened by the continued and outpouring encouragement from the public.

Share your thoughts and views with our community in the comments section below.