Why are So Many Senior Citizens Turning to Cannabis Rather than Pills?

Many North Americans in their 70s, 80s, and even 90s are trying out cannabis for the first time in their lives.

They hope this plant or its various extracts or oils might help alleviate their anxiety, depression, insomnia, and chronic pain, especially when pharmaceutical drugs might have previously failed them.

The elderly across the continent are adding things to their medicine cabinets, such as cannabis-rich tinctures, capsules, or oils. Many elderlies are using for the first time. However, a lot of boomers, some of whom are now past retirement age, are rediscovering marijuana decades after they previously used it.

In fact, CBS News reports that seniors are the fastest-growing individual demographic among American cannabis users. Canada might be following suit soon, given a 2018 push to legalize cannabis.

2013 data from Health Canada showed that two out of three Canadians who registered to buy medical marijuana did so to treat their severe arthritis. An affliction which is more common among older adults.

The journal titled Health Affairs published a 2016 study showed that physicians reported writing fewer prescriptions for disabled or elderly patients that had legal access to get medical marijuana.

In fact, researchers were able to calculate that Medicare saved in excess of $165 million in 2013 on prescription drugs across the 17 states and the District of Columbia which had medical marijuana laws on the books.

The priority of reducing how many seniors use prescription drugs can’t be overstated. Drug abuse in the population of those 65 and older is a rapidly growing epidemic.

More than half of 2013 opioid prescriptions went to seniors. This was despite the fact that they only made up 13 percent of the population at that time. It also marked an increase of more than 20 percent compared to the previous half-decade. The issue is starkly apparent if you consider the rise in seniors making emergency room visits that are drug-related.

When stepping back from just opioids, Americans over the age of 65 still account for a third of all prescription drugs.

To make matters worse, seniors are also more likely to be taking multiple prescriptions as well, meaning their medication might get misused or abused, for reasons ranging from deteriorating medical conditions, forgetfulness, or an increased intolerance. That, unfortunately, leaves older adults increasingly susceptible to injuries or even fatalities that are drug-related, as they try to juggle more than one medication at any given time.

When seniors use cannabis to supplement and sometimes even replace their prescription medications, then they can help give their bodies protection from prescription drug cocktails.

Pain relief is one huge reason that seniors are turning to cannabis, as it’s long been known that cannabis is a tremendously powerful pain reliever, in some cases more effective than prescription pharmaceuticals.

Another health benefit of cannabis that the elderly can enjoy is how it helps with bone fragility, which is a risk to older bodies.

Per one study, cannabis use was able to help users heal their fractures and support stronger and healthier bones. In fact, the anti-inflammatory attributes of cannabis even help those afflicted with multiple sclerosis.

CBD has been documented to have soothing effects on seniors, leaving them with a sense of energy and regeneration. This might be due to the antioxidant effects which fight off free radicals.

Some research has shown that cannabidiol is an even better antioxidant than vitamins E and C.

Research starting in the 1970s is being followed up on today that supports a growing link between treating glaucoma and cannabis use.

Glaucoma is something that afflicts many older adults. It’s a neurodegenerative disease where the neurons responsible for communicating information between the body and brain start breaking down. In the case of glaucoma, the intraocular pressure inside the eye harms the optic nerve, causing loss of vision and then blindness.

Research shows that cannabinoids can decrease intraocular pressure by a quarter, although the necessary dosage might carry a THC content too high to be safe. THC is the psychoactive ingredient responsible for the ‘high’ of marijuana. Glaucoma still often has pain associated with it, and marijuana certainly helps there.

Seniors also are finding cannabis useful for dealing with sleep issues, such as insomnia. Older individuals often find it harder to get sustained stretches of deep sleep. It’s in deep sleep that the human brain is able to regenerate, freeing itself from toxic substances, some of which the body makes on its own.

So, sleep quality is of tremendous importance to help prevent neurodegenerative diseases that are often age-related, such as Alzheimer’s. The elderly are often prescribed sleeping pills, and they have tremendous potential for triggering dependency, not to mention unpleasant side effects.

It’s also been a long-running joke how marijuana users get the munchies, but in the elderly, that might not be such a bad thing. The stimulation of appetite can help seniors fight off mental issues, weight and muscle loss, and general tissue weakness. This useful appetite stimulant can help older citizens keep eating the nutrition their bodies need for health, vigor, and maintenance.

One emerging and exciting trend to seniors is that marijuana might actually prevent Alzheimer’s. There is a toxic protein associated with this disease, and while inconclusive so far, more than one study has shown that both cannabinoids and CBD are able to contribute to this particular protein being eliminated from the body.

Alzheimer’s is a serious threat to many aging individuals, as they risk their brain not being able to repair itself any longer.

The prospective advantages of CBD usage are well-known by now. There are issues about purchasing with a credit card due to regulations. But solutions are being made for credit card processing for medical cannabis.

Having said that, any senior thinking about starting the use of a new substance needs to talk to their doctor first. Also, they must be mindful of which states and provinces have legalized medical marijuana and which ones have not. Keep in mind too, that state or local laws might differ from federal or national rules. 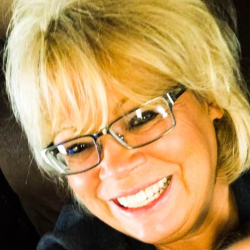 Brenda Vollman
Brenda V. lived in Costa Rica for four years where she was introduced to alternatives to traditional medications. It was there that she witnessed first hand, people that benefited from the use of CBD products for a multitude of issues with fantastic results.She now has a passion for sharing this information with others!
Check out her website: https://thesoutherninstitute.com