Is Marijuana A Gateway Drug? Find Out the Truth

During the War on Drugs, particularly starting in the 1980’s, marijuana was frequently referred to as a “ gateway drug ”. That said, the battle in the 1980’s and 90’s on this front was actually the key point of a battle that lasted most of the last century.

What critics meant by this description, is that marijuana use supposedly led to the use of other “harder” drugs – notably cocaine and heroin.

All of this, was of course, propaganda, based more on political positioning rather than scientific research or evidence.

As we know today, marijuana is actually a drug that can actually help people transition off of harsher drugs like opiates and heroin. It does this by lessening cravings and stimulating the same neuroreceptors as other Schedule I drugs – but without the harmful side effects, including fatal overdoses.

Unlike these other drugs, marijuana can also significantly lessen the underlying symptoms that often lead people to use illegal substances.This starts with pain and depression, which are carried along the same neural pathways in the body. In fact, as evidence already indicates, users who switch to a cannabinoid regime frequently are able to wean themselves off of opioids.

In every state where marijuana has become legal for medical use, in fact, fatal opioid overdoses, including those people using prescription drugs, has dropped 25% in the first year after legalization.

So what is the truth?

In fact, the long battle against marijuana being seen as a dangerous and a gateway drug in the last century was overtly led by both political and pharma forces who had vested interests in keeping the drug both illegal and unresearched for medical use.

After both world wars, marijuana was explicitly targeted by both the League of Nations and then by the UN. Their intentions were to destroy the economic viability of the agricultural crop in countries who were on the losing end of both battles (including Turkey and India).

In the 1930’s, the United States ended alcohol prohibition and geared up for WWII. During this time President Roosevelt even briefly allowed marijuana (and mostly hemp) to be regulated and taxed. However after the war, particularly with the rise of the corporate pharmaceutical industry, marijuana was made illegal. And in came both Harry Anslinger, the nation’s first “Drug Tsar” in the 1950’s and the Nixon Administration in the 1970’s as a way to silence anti-Vietnam critics.

The earliest “modern” campaigners for marijuana legalization were both lobby groups, such as NORML, and medical users – including the gay community.

AIDS and gay rights groups, in fact, made up the largest segment of organized medical reform proponents.

This was so pronounced, in fact, that the reason that the ADA – Americans with Disabilities Act – the strongest civil rights law in the United States protecting the civil rights of people with disabilities, specifically exempts patients from these rights if they use marijuana.

At the time of passage, AIDS groups around the country were engaged in a fierce lobby for the right to obtain federally funded medical marijuana. This is also the reason why, as of today, people who use the drug for medical reasons can be summarily fired. Even if marijuana is legal in the state where you live and work, you can still feel the consequences.

Today, legalization is one of the strongest political movements in the United States.

The Wheel is Turning

In September 2016, Loretta Lynch, the nation’s first black female attorney general, admitted in a press conference that per the federal government, “marijuana is not a gateway drug.”

The move comes as this year’s presidential election is expected to see more state reform, and whole countries leapfrog ahead of the U.S. in legalizing the drug for at least medical uses. It also comes at a time when the U.S. government is trying to decide, even if behind the scenes, how to regulate the entire industry. 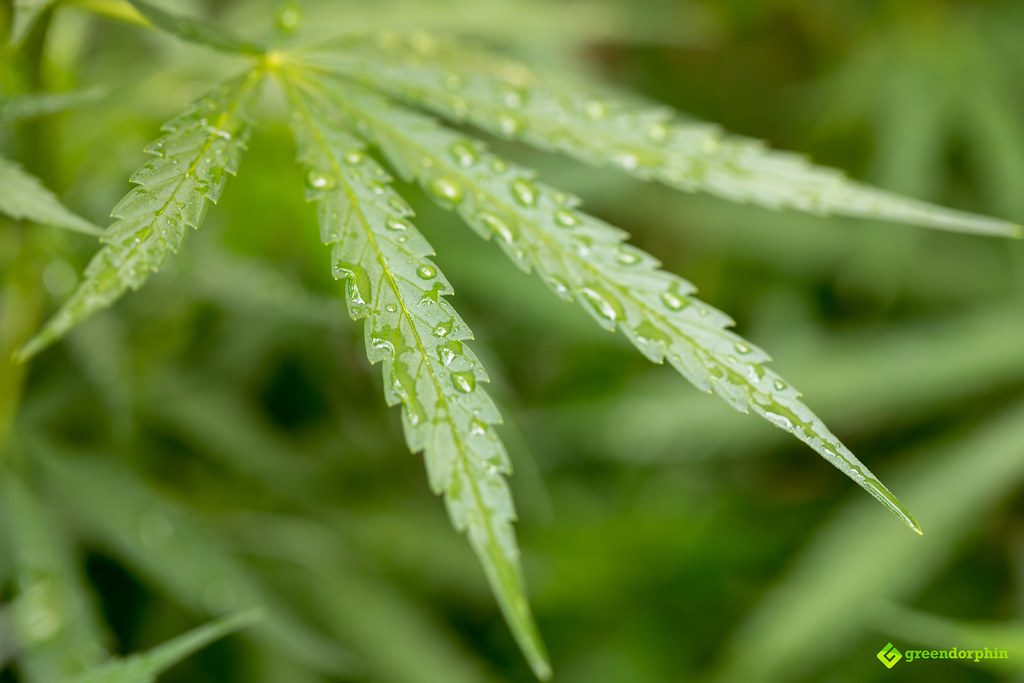 Last month, a Colorado brewing company Dad and Dude’s, obtained national attention by obtaining federal go-ahead to distribute CBD-infused beer in all 50 states.  This may be a sign that the federal government is trying to regulate cannabinoids like alcohol, not medicine.

However, it is also a tacit admission that even the non-psychoactive cannabinoids in marijuana are about to regulated in some way. Given that at least half the states are expected to allow some kind of medical use as of next year, this is a remarkable turn of events, almost a century after marijuana was first demonized.

In the 21st century, it is becoming increasingly clear that not only is marijuana a gateway drug, in fact, may be one of the greatest naturally occurring drugs ever known to man.

How can one help in the campaign for drug awareness?