What Does Marijuana Possession Mean in a Non-Legal State?

For as much debate as there is about legalization of marijuana, most people don’t realize that the drug is legal in 30 of the 50 states. Now, only 10 of these states allow marijuana for recreational use, but the others allow it for medicinal purposes.

In the states where marijuana is legal for recreational purposes, you don’t have to worry about being pulled over with marijuana on you. If you’re pulled over for a routine traffic stop, you won’t go to jail for having weed on your body or in the car.

If you live in a state where it’s only legal for medicinal purposes, it’s a different story. You’ll have to present a valid and current medical marijuana card if you’re caught with the drug on you.

The problems arise when you face the following:

If any of these things happen, you really should call a criminal defense lawyer. You could be facing some pretty stiff fines and possible jail time.

Are There Really States Where Marijuana Isn’t Legal?

Even out of these 20 states, most allow the use of CBD (marijuana oil) for certain ailments, including:

In order to legally buy hemp-based CBD oil, you do have to be certified by a doctor who is part of the CBD program. You can’t just buy it in a local shop. If you’re caught with CBD, you may have to prove this.

There are 4 states where marijuana isn’t legal for any use. These states are:

If you live in any of these states or travel through there, you better not have any marijuana-based product on you at all.

So, What is Possession Anyway?

If you get caught with marijuana in a state where it’s not legal, you could be facing some serious criminal charges. Depending on where you’re pulled over or arrested, possession can mean different things.

If you live in a state where marijuana isn’t legal for any purpose, the following will apply:

Let’s say you live in a state where marijuana is legal for medicinal purposes only. The law will apply a little differently. For example, if you have a medical marijuana card, always do the following:

Finally, in states where marijuana is legal, you still can’t carry more than a certain amount. You also can’t carry certain, dangerous strains of the drug.

If you’re charged with possession of marijuana in a non-legal state, you will face some serious penalties. For the most part, if you’re caught with a small amount, you’ll be issued a citation and have to pay a fine. Most states won’t arrest you and put you in jail for simple possession.

If it’s not your first offense, the consequences will be more serious. You can’t just get charged with simple possession over and over again without expecting something to happen. Judges won’t be so quick to allow simple citations and fines in these cases.

If you’re charged with possession with intent to distribute, you could actually face jail time. Every state has their own threshold amounts, but they’ll all similar. Basically, the lawmakers use common sense. If you have enough weed on you that you could sell to users, then they’ll presume you are selling.

If you’re charged with marijuana possession in a non-legal state, you should contact a local criminal defense attorney. You don’t want to face the consequences alone.

PrevPreviousCBD and its Benefits for School Kids
NextCan Cannabis Treat Children with Autism?Next 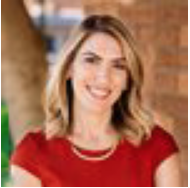 Liz S. Coyle is the Director of Client Services for JacksonWhite Attorneys at Law. She also serves as a paralegal for the Family Law Department. She is responsible for internal and external communications for the firm.