Marijuana Revolution: A Peek Inside the Cannabis Industry Labyrinth

History Channel’s documentary feature “ Marijuana Revolution ” which premiered January 11, takes us on an hour and a half trip to the labyrinth of US cannabis industry.

Cannabis, which then was primarily utilized before and during the World War because of its medicinal properties was then linked to Jazz singers or the African american race leaving a negative notion to greater America, and eventually became a “staunch counterculture symbol of rebellion.”

These notions were actually a result of political propaganda and has imprinted a stigma to most societies around the world.

However, this is not the case in the US anymore today— as America’s attitude towards marijuana is undergoing a “seismic shift.” Marijuana in America is pushing to go mainstream, and we may be witnessing a REVOLUTION.

With cannabis culture movement on the rise in America today, the big question at hand is: “What does this mean for America’s future?”

Today, 24 states in the US have already turned to legalizing the use of medical Marijuana and four of it have already approved recreational use.

Most of us may wonder, who are leading this movement? Who is behind the bubble phenomenon?

In order to answer these questions, the film showed the varied faces of marijuana industry– from “ganja”-preneurs, cultivators, dealers, distributors to specialists and activists.

One of the most compelling issues presented in the film is the role of big pharmaceutical companies in instituting federal laws as it takes on to becoming more of a legal industry.

While legalization remains the biggest challenge, the fact that marijuana is the nation’s biggest cash crop today is out in the open and has continued to stir debates over the years.

Albeit the fact that cannabis have been made legal in numerous states, banks still doesn’t allow money generated from marijuana trade in their system because of federal laws on money laundering. This major business hurdle poses the biggest money security threat to business owners.

History Channel’s “Marijuana Revolution” provides us an expansive view of how the industry has changed over the years and plots out the not surprisingly promising ventures in both economic and medical industries for America in the years to come.

With this phenomenon currently making waves not just in America but also globally, the future generations will definitely reap on the benefits of the industry in a global economic scale, provided that local and national practices as well international economic trade regulations are taken carefully in consideration.

Has the revolution impacted you in some way? 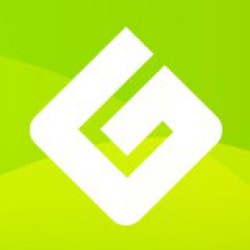 Latest posts by Greendorphin (see all)
PrevPrevious9 Reasons Why Smart People are Vaping Cannabis instead of Smoking
NextSmoking Weed VS Tobacco : Which One is More Damaging to Your Health?Next