It has been three years since Colorado became the first US state to legalize the use of cannabis for adults. And three years was all it took for the marijuana to surpass the sales of alcoholic beverages in a city in Colorado.

Once a silver-mining town, now a luxury ski resort destination, the town of Aspen reported this new data. According to them, the cannabis industry generated $11.3 million in sales while liquor stores only managed to generate $10.5 million.

This was the first accounted report that marijuana sales have overtaken that of liquor in the United States.

Camp Bud+Breakfast Mountain Resort at Aspen Canyon Ranch was the first cannabis shop to welcome customers. They opened in early 2014, three months after the law regarding the regulation and taxation of marijuana goods was enacted in Colorado. In 2015, the resort with a population of fewer than 7,000 people, got seven distributors who got licensed.

The cannabis sales in Aspen flourished with a 16 percent increase in 2017. The end-of-year sales tax report by the city’s finance department revealed that the business brought in $9.7 million. They also added that it is the fastest growing industry in the town’s twelve retails sectors.

“I think it’s meaningful for a couple of reasons,” Matt Kind, a Colorado Businessman said. “One, in particular, is when people are visiting Aspen and adjusting to a high altitude, some don’t drink for that first couple of days. And I think people are looking for something different from alcohol, which is essentially poison, and marijuana is botanical. I don’t say that with judgment, but you feel some lingering effects with alcohol.”

Kind is a host for CannaInsider, a cannabis-related podcast. He additionally stated that the tourists are now looking for something different during that interview with Aspen Times.

Aspen Stash dispensary’s owner, Max Meredith said that the sales represent the growth and evolution of the adult market’s mindset.

According to the study by Georgia State University in 2017, the alcohol industry is experiencing a 15 percent decrease in sales in states where medical marijuana is legalized. Also, counties where marijuana is accessible and allowed, experienced a 20 percent drop in the alcoholic beverage sales than the counties around them that still outlaw marijuana use.

CannaBiz Consumer Group (C2G) also published a report on the topic. The report forecasts the beer industry taking a huge blow if more states will legalize marijuana. C2G predicts that the alcohol industry could lose more than $2 billion in retail sales. 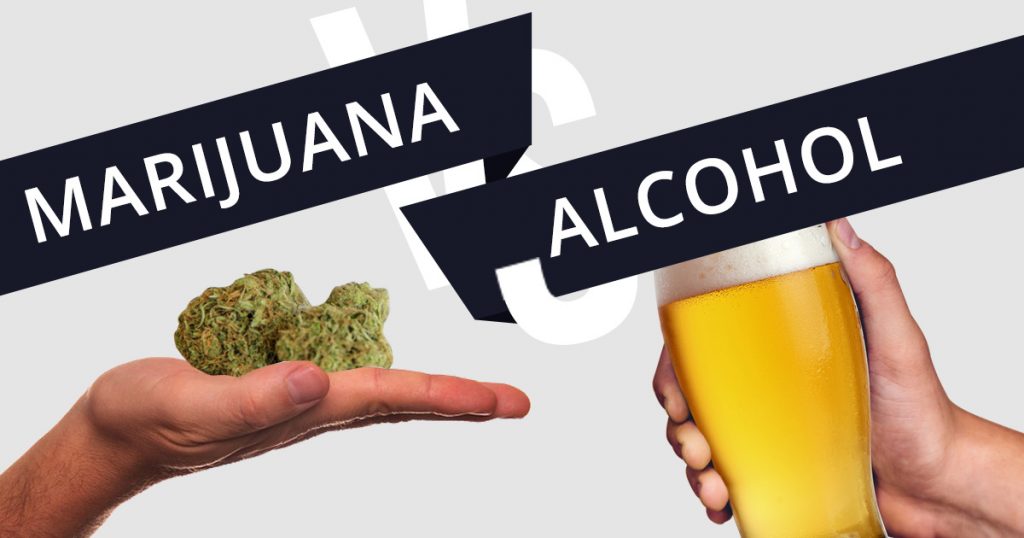 27% of beer drinkers said that they switched beer for cannabis or would make that shift if cannabis would be legalized in their state. CannaBiz Consumer Group’s report also stated that wine and spirits sales would also experience the same drop in beer.

Although the numbers are in marijuana’s side, the group noted that the change will only be short-lived. They think that most of the new users are in it just to try the substance. Surely enough to get alcohol companies worried and start investing in the fast-growing cannabis industry.

Would you switch beer for cannabis? Let us know your views in the comments below.