Are Medical Cannabis Regulations Different in Each Country?

Many countries around the world are making headway towards legalizing medical cannabis. Other nations are even stepping up to decriminalize the recreational use of the marijuana plant and many substances derived from it. Suffice to say, it’s all sunny in the land of cannabis nowadays.

That said, getting a handle on the rules surrounding cannabis can be difficult. That’s because policies vary in each jurisdiction, even when it comes to medical cannabis. Some countries allow it (subject to specific rules), while others adopt a more restrictive approach to the issue.

If you’re using cannabis for medical purposes, the burden is on you to keep yourself informed about the ever-changing rules on medical cannabis. This is particularly vital if you plan to move to another state or country.

The Shifting Attitude Towards Medical Cannabis

Over the years, many factors have triggered the changes in the rules governing cannabis use. For instance, scientists believe that cannabis has therapeutic properties.

Moreover, many jurisdictions no longer want to shoulder the rising costs of arresting and detaining non-violent cannabis offenders. Also, several countries are looking for new ways to increase public funds, and cannabis seems to be a good source for additional taxes.

But even with the increasing approval that medical cannabis has been receiving recently, the usage of marijuana still faces an uphill battle towards acceptance by mainstream society.

One factor that could derail more cannabis liberalization is politics. A good example would be the recent U.S. presidential election; having a new president can hinder cannabis regulations.

Months before the 2020 election, the FDA submitted for approval a draft for cannabidiol enforcement policy. Long story short, the draft wasn’t approved before new U.S. President Joe Biden’s inauguration. Every time there’s a new administration, at least in the U.S., federal agencies are instructed to withdraw any pending regulations.

Only time will tell if medical, or even recreational, cannabis becomes entirely accepted and legalized worldwide. The fact remains that the industry is still scattered, if not problematic.

Countries Where Cannabis May Be Allowed

Countries Where Cannabis Use is Totally Considered a Crime

The regulations of medical cannabis differ among countries. Laws can even vary among states, counties, or cities. It’s the reason why navigating the industry can be difficult even for users or patients who need cannabis-related products for health reasons. If you’re a medical cannabis user, you need to keep yourself updated on the industry rules. 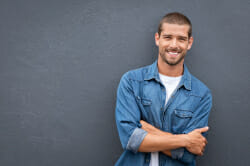 Steve Matthews
Steve Matthews regularly uses different types of CBD products and shares his experience with the online community. Steve has successfully incorporated CBD products to his lifestyle because of their science-based health benefits.