Warning: Use of undefined constant MAHA_TEXT_DOMAIN - assumed 'MAHA_TEXT_DOMAIN' (this will throw an Error in a future version of PHP) in /home/greendor/public_html/wp-content/themes/Curated/includes/content/item-cover-boxed.php on line 80
SHARE
Home Around the world Europe Prince William Joins the Debate on the Failed War on Drugs in the UK

Prince William finds a masterful way to enter the debate on the legal status of drugs in the United Kingdom.

The Duke must have realized that most of the discussions on the topic are dominated by people that have no or limited exposure to the problem itself.

The voice of the Britons that are actually affected by the war on drugs and prohibition are not as dominant as bureaucrats and politicians, who are obviously, having trouble emphasising with addicts and front-line community workers that work with them.

Prince William utilised a charity visit to the Spitalfields Crypt Trust (SCT) to ask recovering drug addicts if they think the law governing the possession and use of illegal substances should be changed. The Duke emphasised the fact that they are “the key people” with the most relevant insights. 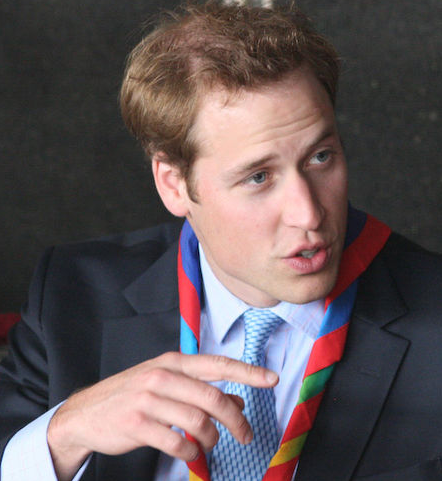 The Home Office has communicated that the Government has no plans to decriminalise drug misuse, The Telegraph reported.

This is despite last year’s Royal Society For Public Health (RSPH) report with support from The UK’s Faculty of Public Health (FPH) “calling for the personal possession and use of all illegal drugs to be decriminalised. The call forms part of a wider package of measures aimed at moving UK drugs strategy away from a predominantly criminal justice approach towards one based on public health and harm reduction.”

RSPH and FPH recommend a Portuguese-style model that has been proven to be very successful over the last decade. In Portugal, drug possession is still prohibited, users are referred to treatment and support programmes, rather than charged with a criminal offence.

One of the political leaders responsible for the Portuguese policy is Antonio Guterres, who is now the Secretary General of the UN so there is hope that the UN would adopt the widely successful Portuguese model to minimise harm.

Australia is going through a similar debate at the moment with many top law enforcement officers calling to end the failed war on drugs and focus on harm reduction.

One of the most notable supporters of the change is Former Australian Federal Police Commissioner, Mick Palmer, although there are many other senior cops and prosecutors that support softening drug policies on the users.

During his visit to the London based charity, the Duke spoke to 3 recovering addicts that have been dealing with alcohol and other drug addiction.

“Can I ask you a very massive question. There’s obviously a lot of pressure growing in areas about legalising drugs and things like that. What are your individual opinions on that?” Prince William was quoted asking.

Obviously, the responses were no surprise, stating common sense such as using the funds currently wasted on the war on drugs to help people in need. Addiction experts know that addictions are due to challenging life circumstances and once those circumstances are addressed, addiction often goes away without major physical challenges.

Prince William was obviously very strategic about his involvement in the debate. He was careful not to express his opinion, while he expressed a whole lot of empathy.

He asked the right people the right questions and got the right answers, without saying a word or taking sides.

Trying to solve the problem of drug abuse without enough focus and attention to the opinions of drug addicts that are most affected by the current policies does not make sense.

“You guys have seen it and it’s affected your lives in ways I can only imagine, so it’s very interesting to hear that from you. Talking to you and being here it feels like a question I had to ask, I appreciate your honesty.”

The Prince was quoted saying, as he was wrapping up his visit. He made his point and the media delivered the message. Well played indeed.

We’d love to hear your views. Share it in the comments below.

Warning: count(): Parameter must be an array or an object that implements Countable in /home/greendor/public_html/wp-content/themes/Curated/includes/widgets/maha-posts.php on line 266