9 Reasons Why Smart People are Vaping Cannabis instead of Smoking

While we already have the science to prove smoking cannabis is less harmful than smoking tobacco as it contains less carcinogens, there is still the presence of carcinogens when you smoke cannabis. So what’s the solution? Switch to vaping Cannabis!

Even though the carcinogens released from smoking cannabis are not likely to give you lung cancer, they may want to be something you’d like to avoid all together if you hope to refrain such things as a ‘smokers cough’ which some users are said to have from chronic cannabis smoking according to medical research.

Vaping is a great alternative to smoking and reduced or completely removes the tar from your experience giving you a cleaner method of inhaling your marijuana.

So let’s take a look at

When you smoke cannabis you destroy 50% of the benefits in the plant so your experience is not as strong and the medicinal benefits you’re looking for will be more limited.

Whereas vaping doesn’t burn cannabis and actually allows you to absorb 60-90% of medicinal cannabinoids.

2. Vaping Cannabis is Safer on Your Lungs

A very cool study where research took two sets of artificial lungs that are identical to those in humans, they then compared the effects of vaporizers on one set and smoking on the other set.

The study found that smoking quickly within hours began to fill up with tar and cause damage to the lungs. Whereas the lungs that had vaporized for the same amount of time had virtually no changes, the researchers concluded vaporizing is as safe as air.

Other studies have found vaping to be 95% safer than smoking.

Why Do Some Vapers Still Have a Cough?

You may hear or read about vapers complaining about having a cough or their loved ones complain about their cough, this is perfectly normal for people who used to smoke. This is mostly present for those who used to smoke cigarettes.

When you quit smoking, it takes a long time for your body to clean itself of the damage done to your lungs. The ‘quitters cough’ can hang around for years depending on your body and the length of time you smoked.

3. Perfect For Those With or Aiming for a Healthy Lifestyle

Active, sporty people or diet conscious people who are looking to live life to the healthiest in all aspects will prefer vaporizing as it’s virtually as safe as air, user are not likely to develop a ‘smoker cough’ or have their physical ability limited like some user who smoked cannabis for a long-term period have.

4. Save on Your Sessions

Vaporizing is also the more cost efficient option. See when you vape you actually use less cannabis per session thus allowing you to get more out of your product.

This saving money bonus is great for everyone. Who doesn’t love to save money, right?

When you choose to vape, you will end up with leftover cannabis, you know that brown cooked stuff, but what to do with it?

A surprising number of people were unaware that brown cannabis remains can still hold potential THC/CBD that can be used in edibles such as cookies or chocolates, it can even be infused into a cooking oil.

This works through a process called decarboxylation which when cooking the cannabis just to the point of light browning you release the THC to its fullest effects within the bud allowing them to transfer over to the butter easier and with more potency.

Cooking with cannabis has been a part of human cultures for thousand of years and can been seen in our history throughout different parts of the world.

If you prefer to keep your medicinal cannabis more discreet, perhaps from your children or co-workers then, vaporizing offers a lot of unique solutions for users who like to be discreet.

There is a wide range of vaporizers that are designed to look like other everyday product such as the Vapor Cup or medical inhalers.

Since vapor is cooked instead of smoked (burnt) the aftertaste is not as harsh nor as potent to other. This is the reason a large amount of vapors have noticed a pleasant change in their breath after making a switch from smoking to vaping cannabis.

However, like many things when you’re a frequent vaper you must keep hydrated, bad breath is sign of dehydration also called ‘cotton mouth’ if you notice this happening to you after vaping make sure to drink some water and keep yourself healthy.

When you vape cannabis you can release the terpenes (aroma) to a greater degree allowing the medicinal qualities to take a fuller effect. Terpenes have shown to be a key element in relieving stress and stimulating other sensations such as taste or imagination.

Since vaping doesn’t burn your Cannabis nor is it heated by means of  combustion there is no smoke… not much CO2. This obviously leaves the air around you cleaner than if you were smoking a bong or joint.

The ‘odour’ from your Cannabis vapor is not even noticeable to most people and will also ease away in seconds. Vapor is more like steam from your tea or coffee than smoke which is great if you want to keep your surrounding environment fresh and clean, especially when you are indoors and welcoming guests.

This could be quite important when you are staying in a hotel for example, where you obviously can’t smoke in the room, however herbal vaping is like taking a steaming coffee into your hotel room … perfectly fine.

When you have a medical condition deciding the best course of treatment can be an overwhelming decision. Often we worry about potential side-effects, cannabis is the safest alternative known to man with zero chances of overdose and very mild side-effects such as paranoia in some users. 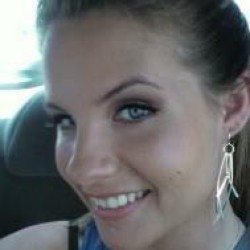