The Top 5 Terpenes You Should Be Aware Of

The rapid expansion of laws legalizing marijuana for medical and recreational use has led to an explosion of scientific research into the cultivation, composition, and consumption of this sturdy and complex plant.

And, as one might predict, this research has led to a wildfire of entrepreneurialism. Where once people talked about pot, grass, and weed, now all the talk is of cannabis and its component elements like CBD, THC, and terpenes.

Now, cannabis users and product manufacturers are extracting these components from the plant and recombining them in interesting ways.

This recent trend toward repurposing elements of the medical marijuana plant actually marks a return to practices that began thousands of years ago. People across Asia and Europe used cannabis for its psychoactive effects and also for a variety of medicinal and practical purposes.

And terpenes are among cannabis’s most versatile byproducts.

Terpenes are organic compounds found in a broad range of plant life. They are major components of resin and turpentine (where terpenes get their name). And they are where cannabis plants get their smell and their stickiness.

Marijuana users who consume the plant by smoking it have long understood that there are great differences in the potency, psychoactive effects, and smell of the burning leaf from one strain to the next — whether it be from Columbia, Northern California, or Maui.

These differences are due to the presence of terpenes, of which science has identified more than 100 kinds. Most of these are unique to the cannabis plant.

Cannabis entrepreneurs have caught on to the fact that altering the levels and types of terpenes in cannabis can change its effects when consumed. The selective engineering of cannabis strains along with terpenes and other organic compounds (such as CBD and THC) is called the “entourage effect.”

For further information on cannabis terpenes and the entourage effect, watch the below videos with Dr John Teh, Cannabinoid Clinician:

Here is a list of the most prevalent terpenes found in cannabis and their distinctive characteristics.

This is the most prevalent of all terpenes, occurring not just in cannabis but also in conifers, orange peels, and herbs such as basil and parsley. As the same suggests, pinene has a pine aroma. It is said to have anti-inflammatory properties as well as to promote alertness, memory, and breathing. Among the strains pinene is most commonly found in are Trainwreck, Blue Dream, and OG Kush. Pinene’s boiling point is 311 degrees Fahrenheit.

Myrcene also found in mangoes, hops, and lemongrass is the terpene most commonly found in cannabis. It has an earthy scent that is most responsible for marijuana’s distinctive aroma. Myrcene is used as a sedative, sleep aid, and muscle relaxant. It is a dominant terpene in Himalayan Gold, White Widow and AK-47. Myrcene boils at 334 degrees.

Limonene is another terpene whose aromatic properties are described by its name. It has a citrus smell and is found in fruit rinds, juniper, and peppermint. It is believed to have anti-anxiety and antidepressant properties. It’s distinctive taste and aroma are found in Super Lemon Haze, Sour Diesel, and Chernobyl. Its boiling point is 349 Fahrenheit.

A peppery terpene found in cloves and cinnamon, it is used as an anti-inflammatory and to combat anxiety and depression. Some strains associated with Caryophyllene are Girl Scout Cookies, Skywalker, and Rockstar, and it has a low boiling point of 266 degrees Fahrenheit.

If you are interested in growing your own medicine to relieve symptoms of stress and anxiety, Homegrown cannabis co is a great site to buy marijuana seeds.

Linalool has a floral aroma most commonly associated with lavender and is believed to have anesthetic and analgesic qualities. It is also said to have anti-anxiety and anti-convulsive capabilities. Strains featuring linalool include Lavender, Grape Ape, and G13. It has a high boiling point of 390 degrees Fahrenheit.

The Lowdown on Terpenes

Keep in mind that while manufacturers and dispensaries tout the effectiveness and reliability of their products, the reality is that much more research needs to be done into the effects and benefits of terpenes and the other byproducts of the cannabis plant.

The content of any one compound in any plant can vary according to the elements, where it’s grown, and even time of day. And that says nothing about how the raw materials are processed and prepared.

It is also true that experienced cannabis users who make a virtual hobby of experimenting with the entourage effect swear by the properties of terpenes and cannabinoids.

They keep up not only on the science of cannabis production but also the latest accessories and paraphernalia.

Just as these trailblazers acquired their vast and specialized knowledge over time, a newcomer to this world should begin by educating themselves on these versatile organic products and then enjoy the journey. 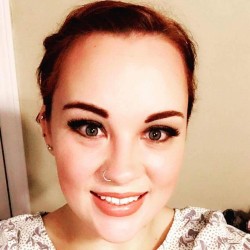 Katie Tejada
Katie Tejada is a writer, editor, and former HR professional. She writes about the latest developments in cannabis law and research for Vapeur Terp and other emerging cannabis-culture brands.