4 Ways to Help Others Understand the Benefits of Cannabis

The explosive growth of the cannabis industry is helping to steadily break down the stigma that once existed.

Its growing acceptance may have inspired you to give it a try, or you may have a loved one who you are sure would benefit from cannabis, but is still on the fence.

If you want others to fully accept your cannabis use, or try it themselves, you will need some sound information about its benefits.

A 2004 study found that 57.4 percent of survey subjects who had used cannabis had a lower fat mass percentage, body mass index, and fasting insulin levels. Anyone who has smoked cannabis in the last year had a 56 percent lower chance of becoming obese.

Depression is a debilitating medical condition that is extremely common throughout the world.

A 2015 University of Buffalo study found that chronic stress led to depression-like behavior due to a reduction in endocannabinoid production. Supplementing endocannabinoids with cannabis can help correct this deficiency, helping reduce depression levels.

Cannabis is also well-known for relieving stress, one of the largest depression risk factors.

As most users of medical cannabis know, cannabis relieves chronic pain and arthritis.

In fact, the first historical use of cannabis for arthritis relief was over 4000 years ago in China. The main active ingredient in most cannabis strains, THC, has anti-inflammatory and pain relieving properties.

Much of the pain-relieving effects of cannabis may be due to its potent anti-inflammatory activity. A growing body of evidence is implicating chronic inflammation as a major cause of pain and various diseases.

Cannabis is known as producing an undeniable feeling of calm and euphoria. In addition to being a positive benefit in its own right, this aspect has helped many lower their reliance on prescription antidepressants.

Cannabis increases the activity of something called anandamide, a neurotransmitter that is also called the “bliss molecule”. THC stimulates the production of anandamide that is naturally made by your body and cannabis itself.

Don’t risk turning others off by being pushy or evangelizing. Ultimately, all that is needed on your part is to be a positive example and simply stick to the facts about what makes cannabis such an amazing medicine.

Cannabis branding agencies are helping the reputation of cannabis in today’s world, but ultimately others’ reactions toward it will encourage positive opinions toward it in the future. 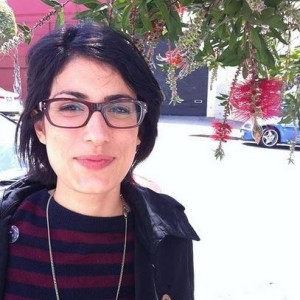 Emma is a freelance writer based out of Boston, MA. She writes most often on health and education. When not writing, she enjoys reading and watching film noir. Say hi on Twitter.