Uruguay Struggles to Keep Up with Demand for Legal Cannabis

Cannabis went up for sale in Uruguay last year, making history by becoming the first country that completely legalized marijuana.

The total legalization finally pushed through after a law that was passed in 2013. Despite the long wait for the retail sales to be widely available in the country, the industry soon became a large hit, soo large that it is facing shortages of cannabis.

Meanwhile, in the U.S., the cannabis markets in the states of Oregon and California are being flooded by the huge supply of cannabis products. Producers and growers in these states have grown and cultivated much more products than they can sell.

Contrary to some states in the U.S., legal cannabis growers and businesses in Uruguay can only provide one-third of the country’s estimated cannabis consumption each year.

According to the National Drugs Council of Uruguay, roughly 30 tons of cannabis is consumed yearly in the country. Diego Olivera, the Council’s head, said that the demand is greater than the cannabis producer’s productive capacity.
He also said that his department is looking for ways to address that challenge.

8,750 people are currently registered as individual home growers in the country. Each one of them is allowed to harvest up to 480 grams every year. If every one of the growers reaches that maximum limit, the country’s total would be roughly 4 tons in a year.

90 cannabis clubs were also given licenses and a total of 2,529 people are members of these clubs. If these clubs were to produce their threshold, it would amount to about another ton annually.

Approximately 147,000 residents of Uruguay from age 18 to 65 have consumed cannabis. One-third of them said they use and consume it on the weekly basis.

But according to the records of the Uruguayan government, only 35,000 have registered to use the country’s legal cannabis system. Even with the registered users sharing their cannabis, the substance control institute said that the regulated market reaches only about half of Uruguay’s cannabis users.

Uruguay has 19 provinces and most of them don’t have cannabis dispensaries at the moment. On those few that have, the locations usually are not that accessible to some residents of the province.

Many pharmacies also choose not to sell cannabis and cannabis-infused drugs. This leads to interested buyers needing to travel considerable distances just to get to stores that sell their medication.

Sometimes, trips are not even that successful as there are no guarantees that medical cannabis will be available when they arrive at the store and ask for it.

One of the observable concern in the country is the lack of the trained employees who are knowledgeable in handling the product.

Cannabis cultivation had to be learned and experienced by the producers and growers from the ground up. Most of the workforce currently manning the stations are rookies still getting the hang of things.

“There was no experience with farming on a large scale and it took a while to finally nail the technology, the workforce, and the drying process,” Olivera said. 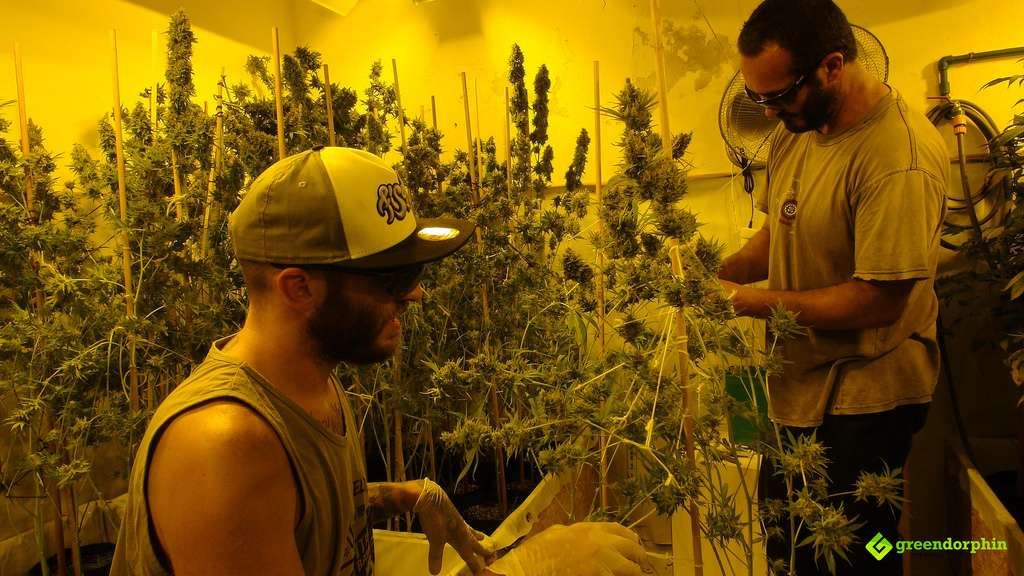 Aside from the lack of supply, the country is facing another problem in drug violence. Offenses and casualties related to drugs are rising with harsher competition among the underground gangs. This lead to Uruguay’s government to launch regulated cannabis marketplace in an effort to battle and decrease the rising crime and homicide rates linked with illicit drug exchange in the country.

READ RELATED STORY
Why are Californian Dispensaries Pulling Their Products off the Shelves?

Eduardo Bonomi, the Interior Minister of Uruguay said that criminal gang fights are mostly linked with the black market of drugs. These gang wars made up 59 percent of all recorded homicidal cases from January to February. It was twice as much as the homicide percentage in 2012.

Though the rates of drug-related crimes have increased, Olivera along with other government officials said that the current program just needs a little more time.

They added that this July will be the first year since the sale in the dispensaries has started and they never anticipated that the elimination of the underground drug industry will be done overnight. But Olivera said that the government’s programs will show that gradually, the chaos will be mitigated.

What actions can the government of Uruguay do to mitigate the shortages? Let us know in the comments below!