For those who have been following the international development of cannabis legalization, the small South American country of Uruguay has been on the map since the turn of the century.

Uruguay legalized the drug in December 2013, after a decade of grassroots lobbying by mostly middle-class consumers convinced it was better for the industry to be legit rather than letting the black market cartels control the market or have influence because of the same, on national politics. The country’s then president Jose Mujica and one-time revolutionary is credited for the law’s passage. Mujica, who claims never to have smoked the drug, and is also responsible for other liberalization laws, including abortion, apparently championed the cause because of his fear of the power of the cartels rather than being a legalization advocate. 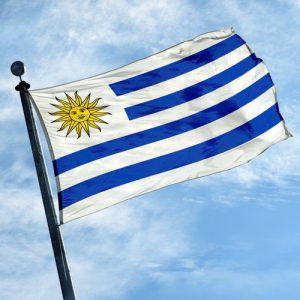 Uruguay has an interesting history in terms of democratic freedoms. The country was run under a military dictatorship between 1973 and 1985, and participated in the U.S. run “War on Drugs.” Yet it also, particularly in contrast to its two larger neighbours, Argentina and Brazil, has proven to be a vanguard of democratic reforms in the region. Women were allowed to vote in 1927 and this was enshrined in the constitution in 1932. And despite Washington’s pressure to conform to mandates of the Drug War, Uruguay never participated in eradication and prosecution efforts with the same fervour seen in other Latin American countries during the height of the drug war.

Despite legalization, however, the industry has taken a strange turn. In April 2014, the Uruguayan government released its regulatory framework – which is strict to say the least.  It included a state-run oligopoly, production and consumption quotas, price-fixing and coerced registrations. Yes, medical users can buy the drug through pharmacies if they are also registered in a government database. Yes, the drug is cheap here – the cheapest in the world at about $1 a gram, but that also comes at a different kind of price.  Distributing pharmacies for example, must first install fingerprint recognition software to identify consumers as well as wall-mounted safety boxes to protect the supply they dispense.

And while recreational use is legal here, growers and users, including in the cannabis clubs, must first get government approval to do so.

As a result, Uruguayan public opinion remains starkly opposed to Uruguay’s law – or at least skeptical – starting with the repeated delays in rolling out a finished law that covers both recreational and medical use. And while most would prefer a legal market to the violence of the cartels, there are many who are chafing under the restrictions not to mention tracking that has been put in place as well as the repeated delays.

The Uruguayan government defends itself by pointing to the fact that they passed the law with the goal of improving overall public health – which includes lowering overall violence as much as it is concerned with the health effects on consumers using marijuana. That said, since 2014, the increased focus on registering consumers in a governmental database is also to expose them to drug treatment.

Will Other Countries Actually Beat Uruguay To The Punch?

In many ways, even though the experiment in Uruguay was hailed as the first “national” legalization experiment (and criticized equally on the international front as a result), in fact, it is beginning to look more and more like the “state experiments” going on in the U.S.

From an international perspective, because of geopolitical considerations, it is not able to act independently to roll out its own domestic drug policies in the same way that for example Israel, Australia, Canada and Germany have and continue to do. Much as neighbouring states in the U.S. have already tried to halt Colorado’s legalization march because of cross-border black market cross-border “flow-over” from its developing legal market, Brazil and Argentina are also putting pressure on Uruguay for precisely the same reasons.

Because of this, Uruguay is, from the marijuana legalization perspective, actually no longer on the forefront of the legalization debate – either from a medical or recreational perspective.

This year Canada will undoubtedly take the lead in terms of a nation-state that moves ahead with recreational legalization. From a “pharmacy distribution” model, Canada is already ahead of Uruguay. From the perspective of creating an export market, the country is light years ahead. Last year, Canada began exporting medical grade marijuana globally…starting with Europe.

And in Europe, notably, Germany, which is the largest importer of Canadian weed, the government is also moving on implementing a medical law this year The legislation will not only cover the drug under national healthcare insurance but, also certainly will not have patients giving pharmacies their fingerprint impression for monthly refills. German constitutional law forbids the same. At the same time, the country is also likely to legalize recreational use on the “state” level when it gives Berlin the right to set up legal recreational outlets – also expected this year after medical is legalized.

So while Uruguay will continue to be an interesting outlier in the legalization battle, it is clearly not on the forefront of legalization anymore – and for reasons that have as much to do with international issues inherent in the drug war as domestic policy, no matter its intent.

How do you find Uruguay’s Cannabis Legalization experimentation?

Tell us your thoughts in the comments section below.