Even though cannabis is legal in many states, people are still getting arrested for possession of the substance.

While getting arrested and charged is always going to be a stressful experience, there are a few steps that you can take to move past the situation as quickly as possible.

Use Your Right to Remain Silent

One of the most common mistakes people make after being arrested is attempting to talk their way out of the charges.

After you have been officially arrested, there is often no way to convince the officers that you should be released. Because of this, most experts agree that you should say nothing at all.

Anything that you say from the moment the officers approach you could be used against you at a later time. Once you have been arrested and taken in, you must ask for an attorney before you give any information other than your name.

Possession cases can become incredibly complicated in the blink of an eye, and the situation could escalate into a federal case. Those types of cases are relatively rare, but you are still going to need a criminal defense attorney by your side.

From the moment that you contact a lawyer, you won’t have to make any statements unless they are present or have told you exactly what to say. That will greatly reduce your risk of incriminating yourself or others.

They will also be able to help you come up with a compelling argument for a reasonable bail amount.

Another common mistake that many people make after being arrested is they post information on social media. You should never post any type of information related to the case on any social media, even on sites where users are anonymous.

Even seemingly innocent statements on social media could impact your case. And you should assume that the prosecutors are going to keep a close eye on everything you say.

You must also continue to be careful about what you say to friends and loved ones. If your case happens to escalate into serious charges, then all of those individuals could be asked to provide statements or information.

The laws regarding cannabis use and possession continue to change every year, and many people are getting arrested because they simply aren’t sure of their rights and responsibilities.

That is why it is so important to immediately hire an attorney if you or a loved one has recently been arrested for legal cannabis possession. 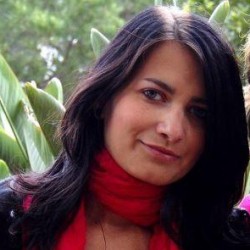