CBD Oil vs Copaiba Oil – All You Need to Know

Today we are talking about taking some C words! Don’t worry this is a G-rated article!!

CBD oil and copaiba oils are the two new healthy oils on the block that are creating a lot of hype and making big claims. But are they really living up to these claims?

Because while both oils and the vegetation they are taken from have been around thousands of years, there’s a lot of confusion about them — more often than not, you’ll get strange looks when you mention either.

Furthering this confusion is that these two oils are often lumped together due to their anti-inflammatory properties and because they share a common therapeutic molecule.

There are two plants that CBD oil is derived from — hemp and marijuana. For legal CBD oil that won’t make you high, you’ll want the full spectrum non-psychoactive hemp oil version.

Technically, this is the better name for most CBD oils on the market as there are hundreds of phytocannabinoids and terpenes in hemp that improve our health — CBD is just the most notable non-psychoactive phytocannabinoid.

There is CBD isolate, which is just CBD, but we will only reference this oil when we compare full-spectrum CBD to copabilba oil to say which one is likely better.

The Receptors of Health

To understand the difference between CBD and copaiba oil, you’ll want to know how the phytocannabinoids and terpenes work because they share a terpene. And where CBD has hundreds of different therapeutic molecules, copaiba oil appears to only have one.

In the early nineties, we made a surprising discovery when studying the medical properties of cannabis — we created our own cannabinoids that attach to various receptors throughout the body.

The purpose of these receptors is to promote homeostatic re-balancing and regulation to maintain internal stabilization. Basically, this means cannabinoids and their receptors regulate and repair physiological and cognitive processes when they aren’t properly functioning.

If these receptors aren’t being activated, our health deteriorates in numerous ways:

Copaiba oil is derived from the thick dark brown resin that seeps out the cracks of the Copaifera tree. The popularity of this essential oil is even more recent than CBD oil, and there are fewer studies looking at how effective it is.

Early research has shown, however, that it indeed has both antibacterial and anti-inflammatory properties, and as stated above, this drew early comparisons to CBD oil.

Unfortunately, this comparison stuck because we discovered that CBD and copaiba oil both contain beta-caryophyllene — copaiba oil contains way more though.

This is important because terpenes are not considered to be as strong as cannabinoids.

But the even bigger reason this comparison is bad is that CBD has all those different molecules that all provide therapeutic properties which overlap and reinforce each other.

It’s crucial for full-spectrum CBD oil that it targets inflammation with all those molecules — in fact when isolated, CBD is 4 times less effective.

There are numerous ways cannabinoids and terpenes benefit each other from improving their bioavailability to each having their own unique properties.

We know that CBD works way better for more people when there is a full profile of cannabinoids and terpenes — Copaiba oil could be the same and need additional help.

Terpenes can attach to receptors like cannabinoids, and beta-caryophyllene will directly attach to CB2 receptors. CB2 receptors are largely found in the immune and nervous systems, and CBD oil targets them as well.

Remember, it’s almost a certainty that full-spectrum CBD oil targets other receptors to a greater degree compared to Copaiba oil because of the molecules — beta-caryophyllene may attach to others receptors, but we’re not sure.

However, even if CBD didn’t activate other receptors, there is still a difference in the way they both activate CB2 receptors.

The Binding Power of Cannabinoids and Terpenes

In CBD oil, the cannabinoid, CBD, will attach to FAAH enzymes inhibiting them from breaking down endocannabinoids. This allows them to build up and attach to CB2 receptors as they normally and naturally would.

We know beta-caryophyllene from copaiba oil binds to CB2 receptors in vitro studies, but we don’t know the degree they do this when actually in the body.

The degree that a molecule attaches to a receptor is important — the endocannabinoid, anandamide, attaches to CB1 receptors, and one of the things this does is make food smell and taste better.

THC binds stronger to CB1 receptors, and this is why people get the munchies among other things from marijuana — CB1 receptors play a vital role in our senses.

There is likely little concern about binding too strongly to non-psychoactive CB2 receptors, unlike CB1 receptors. So the question is if beta-caryophyllene can bind better to CB2 receptors than endocannabinoids can.

After that, the other question is can it bind to other receptors, and if so how well?

The answer is we aren’t sure yet.

This brings us to the risks, and fortunately, both oils are relatively mild. Minor side effects such as nausea, diarrhea, and tiredness have been reported for both. There is really only one notable issue with both oils.

With CBD oil, you want to be careful when taking certain prescription medications because CBD will inhibit CYP enzymes in the liver that metabolizes the majority of them.

Grapefruit inhibits the same enzymes, so if your doctor has warned you about them, then consult with a professional before taking CBD products.

There does not appear to be any major side effects when taking Copaiba oil and instead, the issue again is the lack of studies to confirm this.

Both oils are showing real promise. It appears that CBD oil can fight diseases from chronic pain to anxiety to maybe even cancer, but more research needs to be done on its potential to interact with other medications.

Copaiba oil is looking to be an even safer medication, and might eventually be hailed as a silver bullet when treating arthritis, but we need more studies in general. 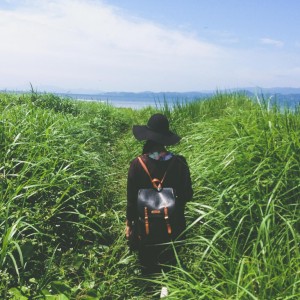