As we have discussed many times, you cannot overdose on Cannabis and there are no statistics that link its use to death. However, a well-known fact is that there are risks with taking any kind of drug or substance… even too much coffee can be bad for your mental health. And yet we drink it every day.

The truth is, while on the mild end of the spectrum…. cannabis can lead to severe consequences when taken in large amounts. And we aren’t talking about the irresponsible acts such as driving while high. You can also have a severe health reaction internally –one that you won’t see coming.

In this article, I will be exploring one such consequence that can cause us a hasty trip to the ER.

A healthy person admits to the ED with severe abdominal cramps, extreme nausea and constant vomiting without any immediate illness to clue us in for the reason.

They take no medications, are free of disease, and have no history of any health problems. They seem perfectly healthy in every way ….This baffles the Doctors.

The only remarkable thing about them is that they have smoked Marijuana for about 16 years- frequenting “between 3-5 blunts a day” to help them cope with a stressful job.

Eventually, after a prescription of strong medications to help with the pain and nausea, liters of IV fluids to help rehydration, and a hot bath to ease the symptoms, the doctor suggests that it was probably a case of CHS.

A Mysterious and New Illness

The above scenario sounds familiar? It probably doesn’t.

In fact, it is a very new phenomenon that we are currently witnessing in emergency departments today.  This is actually a condition called Cannabinoid Hyperemesis Syndrome (CHS). Sound complex? It’s really quite simple when you break it down.

“Cannabinoid”- which refers to the tetrahydrocannabinol  (THC).

“Hyper-emesis”– which literally means vomiting (And a lot of it).

“Syndrome”– a group of symptoms thrown together into one illness.

Now that’s quite a long word for a recently recognized condition (and doctors sure love long words).

To put it simply, CHS is a collection of side effects associated with heavy- marijuana use; primarily characterized by,

Sounds as bad as food poisoning or a stomach bug, right?

Well, it’s a little more severe; the challenge is none of these symptoms can be settled through regular medications and treatment. It may actually lead to dangerous consequences as the amount of vomiting can lead to severe dehydration, which becomes a medical emergency.

What is Cannabinoid Hyperemesis Syndrome (CHS) 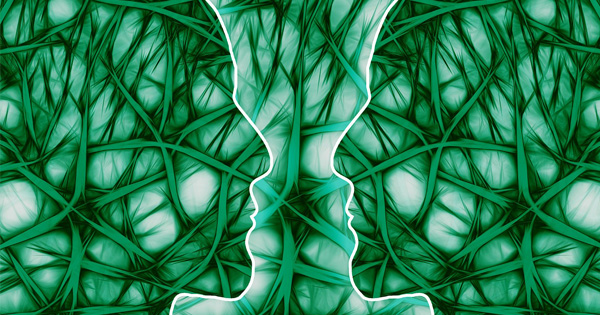 So what is CHS? The illness is actually quite difficult to diagnose, as it is a recent occurrence.

At the moment, the only real way to reach a diagnosis- is to have ruled out any other causes and for there to be a history of heavy marijuana use (Studies say about 3-5 blunts a day) for longer than a decade. In fact, symptoms haven’t typically appeared until after 16 years of use.

Canadian researchers have suggested a list of criteria for recognizing CHS as such:

For those who are familiar with marijuana’s excellent effect on treating chemo-related nausea, it may seem odd to link an episode of excessive vomiting on something that is supposed to treat it.

The exact causes and reasons for CHS is still the hot topic for research amongst scientists….and while we lack solid answers just yet- We have some pretty good ideas as to why.

The best understanding focuses on the Cannabinoid’s interaction with the receptors responsible for reducing Nausea.

When a receptor becomes stimulated constantly over a period of time, it becomes burnt out from over use and begins to react less to the same stimulant. As a result, they eventually become overloaded and no longer work.

This leads to a typical behavior in people to take even more to try and reach the desired effect. Then can lead us to taking very toxic levels, which result in us becoming very sick.

So in Summary, you could call CHS the side effect of – “too much of a good thing”.

And while we currently lack certified treatments to reverse CHS, several studies have proven that long hot baths or shower is the best for alleviating the symptoms, and keeping yourself hydrated with fluids and hydrolytes. Unfortunately, once you have reached the point of showing signs of CHS, the ultimate ‘cure’ is to go cold-turkey on marijuana.

So what can we look out for in the future of legalized marijuana use? Just remember, like any substance we put into our bodies… be it a medication, food or beverage (Most of us will swear to a cup of coffee in the morning) our body responds to the changes it makes. And sometimes, a little too much of something can make us very sick.

With Marijuana beginning to enter the recreational and healthcare markets in North America, it is important to understand how to measure yourself a safe buzz now and then, and how to recognize the side effects of when you’ve had too much, and how to deal with them safely.

There are many positive things that the future holds for the legalization and widespread use of Marijuana for both our health and wellbeing- but like anything in life, we should be enjoying it in moderation.

What measures are you taking to prevent yourself or a family member from the dangers of heavy cannabis use?