What a beautiful time we live in, don’t we? The cannabis culture is being restored after over a century of the black propaganda, and even the Drug Enforcement Administration has recently deleted false information about the God’s plant from its website. We must give credits to Americans for Safe Access; the effect of their legal request filed with the Department of Justice in 2016 proved that persistence is a powerful force.

Or maybe, just maybe, some DEA guys went to college for something more than a regular drug investigation in a dormitory?

Well, jokes aside, it seems that soon enough, HIGH may become the new HI in the jargon of academic students for greeting each other, as the number of cannabis enthusiasts at universities has skyrocketed over the last few years.

Let’s shed light on some statistical data and the positive impact of the cannabis use on U.S. students’ educational achievements.

Speaking of statistics, in 2007, only 3.5% of students admitted to smoking cannabis on a near-daily basis. After 10 years, this figure is 10x higher (you see the pun here, don’t you?), which means that more than one-third of college students enjoys their pot almost every day.

There is this argument on the Internet that the above statistics are driven by one simple fact – since seven states have already fully legalized weed – and it seems that others will soon follow – people are more eager to talk about their ‘me-time’ green preferences. Whatever the reason, the change is positive. So is the weed.

More importantly, recent studies on university students show that these young and ambitious people are less likely to use alcohol and other drugs, such as heroin, LSD, and synthetic marijuana. The use of the last item on this short list decreased from 7.4% (2011) to 0.9% (2014). Cigarettes, on the other hand, noted a drop of nearly three-quarters. Only 5% of students admit smoking cigarettes on a daily basis, which is a neck-breaking fall when we compare it to the results in 1999 when 19% claimed to use tobacco as their go-to substance.

Although amphetamine and ecstasy continue to have their presence at universities, the studies indicate that their use is slowly but surely losing to cannabis.

All in all, it seems that cannabis is better for your liver, lungs, mental health, and general well-being. Nevertheless, one question remains unanswered, i.e. why is cannabis so popular among US university students? Can marijuana positively affect their academic achievements?

Well, these are two questions. And no, I’m not high – at least not yet.

Can Cannabis Help Your Brain?

Gone are the days when cannabis users were associated with lazy stoners sitting on their couches and eating pizza 24/7. The victory over this infamous stigma along with the growing popularity of using medical marijuana in treating some of the most common and severe diseases has led scientists toward conducting studies on the plant’s potential in enhancing the brain’s cognitive functions.

Guess what? Cannabis DOES help your brain! With such good news from the start, we can move on to unveiling three major ways in which your command center may benefit from smoking marijuana.

The study published in the Journal of Clinical Experimental Neuropsychology found that university students who used cannabis on a regular basis had better scores on tests involving both verbal fluency and processing speed.

And what about the airtight argument that people who smoke marijuana before the age of 17 find small decreases in cognitive performance, such as memory, processing speed or attention?  The study conducted on the group of 35 non-users with 35 regular marijuana smokers who started their adventure with the pot before the age of 17 resulted in no substantial differences in the aforementioned areas.

2. Your Brain Grows Thanks To Cannabinoids

Although some cognitive processes slow due to aging, your brain never stops growing. In the process of neurogenesis, new cells are continually being created. Two cannabinoids are responsible for the assistance in neurogenesis – cannabichromene (CBC) and cannabidiol (CBD). The latter is a major pain reliever, but more importantly, it plays a vital role in neurogenesis in the brain. The Hippocampus, which is an area responsible for navigation and conscious memory; CBD improves the work of the Hippocampus, thus making the newly created cells stronger and less vulnerable to catabolic processes. CBC, in turn, promotes neurogenesis by boosting the already grown brain cells.

With a great number of upcoming exams comes great stress. It goes without saying that as human beings, we’re exposed to such an extensive amount of stress that it’s sometimes overwhelming. With stress being one of the most prevalent causes of anxiety, depression, cancer, and heart issues, one could say that wishing somebody a long life nowadays is one pinch of sarcasm too far. Fortunately for you, my fellow students, if you know the right strains, you’re going to succeed in fighting stress – just like that!

It appears that cannabis can protect your brain from the constant stress and thus reduce its harmful effects on your system.

“Cannabinoid receptor activation could represent a novel approach to the treatment of cognitive deficits that accompany a variety of stress-related neuropsychiatric disorders […] Daily doses of THC seemed to improve short-term memory in the subjects, compared to those that were left untreated.”

Dr. Irit Akirav, one of the authors of the study “Cannabinoids Ameliorate Impairments Induced by Chronic Stress to Synaptic Plasticity and Short-Term Memory”.

Well, well, well… Less stress, richer brain, improved cognitive processes – it seems that being high and getting high scores is, by all means, doable. Yet, if you still have doubts about the academic potential of marijuana, take a peek at 5 super-successful people who admitted to smoking weed. After all, we all should learn from the best.

As you can see, there is a divine element in all of us. However, you can’t act like a God without the power of the divine herb!

So… Can I Go Wrong With Weed?

Of course, you can! Actually, you can go wrong with everything: love, religion, jealousy, greed, power, openness. You can even overdose cereals and water.

Oh, wait… You can’t overdose weed. It’s physically impossible. Nevertheless, for your own good, always be a responsible stoner and keep all things in moderation. Only then will you live a long and happy life.

Are you a student and a cannabis user? 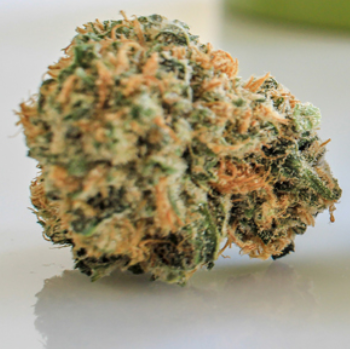 So High All Day Every Day – SHADED is committed to the 420 lifestyle. We strive to be a great resource for marijuana products, reviews, and dispensary locations. As a major advocate for marijuana use, we like to stay up to date with the latest in cannabis happenings, as well as feature entertaining, informative articles. Visit our website for more info!

3 Ways to Find the Right CBD Product for Yourself

3 Tips for Maximizing the Efficiency of Your CBD Products

Why U.S. House Will Remove Cannabis from Controlled Substances List