The Scientist – The Movie Revealing the Truth about Cannabis

By Michelle Marie
Last updated on September 8, 2021
In 2015 a documentary called “ The Scientist ” directed by Zach Klein, debuted and since has been educating the globe about the TRUTH on the very misunderstood plant, Cannabis.

You join the most famous cannabis scientist, Dr. Raphael Mechoulam, on a mind blowing journey about research into the medical properties of Cannabis and how it can help patients suffering various illnesses and medical challenges.

We also learn a lot about Dr. Mechoulam’s life, how he met his wife and his lifelong dedication to his studies. He is ‘lazy’ and ‘forget things’, he admits and he has a sense of humour that leaves you chuckling.

The purpose of allowing us into his personal life is to show that he is just like you and me, a reputable citizen and approached the studies from a scientific interest.

“As scientist we should try and find topics of importance and I thought that this is a topic of importance”- Dr. Mechoulam

So he started his studies with a small budget and managed to get hashish for research from the police who used to take if off smugglers and burn it. Soon he discovered it was illegal for them to give him hashish. He laughs at this story and explains they let him off because he was “reliable” and he got a permit before getting his next round of hashish/cannabis for experiments.

The film is an hour long where we learn from more than one scientist about different studies and evidence that has uncovered the remarkable power this plant can have.

Some key take away points were:

So why now did he choose to speak out on a global scale?

The fact that legalising Medical Marijuana has rapidly become a world topic which makes today, right now, the best time to be pushing forward the truth of Cannabis.

When Dr. Raphael Mechoulam was asked why he allowed Klein to make this film he responded,

“I would like to also push ahead and tell people, here we have a group of compounds, an endogenous system of major importance, it’s not being used as much as it should be in the clinic. It is a great promise in the clinic and let’s try and push it forward and maybe this film can push it forward a bit, hopefully”.

This movie moved me personally and since my first viewing (I have watched it numerous times), I have shared it with all my colleagues, friends and anyone who would pay attention. The evidence and science that proves the astonishing impact Cannabis can have on patients is shared right here by The Scientist.

Here we have a renowned, well respected Scientist, advocating for this plant. And not only saying “we should push it forward” but has also dedicated the most active years of his career studying the plant and how we can use it to treat illnesses and improve our general well being.

HOPEFULLY this film will continue to be shared and enlighten those who have been in the dark for all these years. 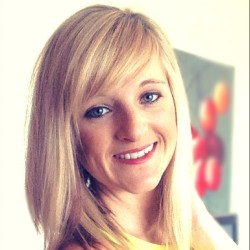