Dealing with stress is part of our daily lives. The everyday hustle and bustle at work, home, and everything in between, makes each one of us susceptible to stress. Little do most of us know that when stress is bottled up it can not only make us physically and mentally dysfunctional but can also lead to serious troubles. This is why stress relief is important and there are many ways to find relief… including cannabis.

Most cannabis users would say that they smoke weed because it gives them that certain feeling of relaxation. So would it be fair to assume that perhaps the properties of cannabis can relieve stress?

Apart from cannabis’s potential to aid chronic illnesses such as Alzheimer’s disease, Epilepsy and among others, numerous studies are now verifying that cannabis can relieve stress.

Out of the positive results from various studies, the possibility of prescribing cannabis for stress is well on its way to being a reality.

In this article, we will explore how cannabis can reduce stress levels as well as what research is being conducted in this area and their findings.

What is Physical and Mental Stress?

Stress can manifest in our bodies physically and mentally. Though there may be different reasons for the stress and the severity of it, the overall effects on our health are the same.

Physical stress can manifest through:

On the other hand, stress can take its toll in our brain and mental health causing what we call Mental Stress.

For every individual, the symptoms and how they deal with it will vary. It can be very debilitating for some, so finding a way to battle or manage stress is important to one’s well-being.

There are many natural and prescription therapies out there but cannabis is considered to be one of the most effective options for stress relief these days and it is becoming a popular remedy to those who have access to it.

So how does cannabis relieve symptoms of stress?

Well, it all has to do with how marijuana impacts the brain. It triggers certain reactions in the endocannabinoid system which is a system found to be similar to the nervous system, lymphatic system, etc.

How the endocannabinoid system works is to naturally regulate stress (and many other processes in the body) by releasing a molecule, called ‘anandamide’ that has the same molecular structure as THC, CBD and other cannabinoids found in marijuana.

You can find out more about how THC and cannabinoids work in your body in the short film, The Scientist.

So if someone suffers from extreme levels of stress, they may find that marijuana will give a much-needed boost of cannabinoids to ‘help’ alongside the naturally produced anandamide to bring them relief.

Although this is still not a conventionally accepted treatment for stress, more and more studies are being conducted and starting to show positive reports that it does in fact help.

A study published in Trends in Pharmacological Sciences, by a team of experts from the National Institutes of Health (NIH), University of Calgary and The Rockefeller University have discovered that despite marijuana’s wide range effects on the body, the most commonly reported effect is the patient’s relief from stress and anxiety.

“Cannabis and its derivatives have profound effects on a wide variety of behavioral and neural functions, ranging from feeding and metabolism to pain and cognition. However, epidemiological studies have indicated that the most common self-reported reason for using cannabis is rooted in its ability to reduce feelings of stress, tension, and anxiety.”

“Continued use of marijuana exhibits a much more controlled pattern of mood management through a mild stimulation with low repeated inhaled doses.”

Whether or not cannabis is the best way to treat stress, that is still to be determined. It does, however, show great potential and many people already choose to ‘self-medicate’ for relief. On the other hand, there is still a wide concern of other potential impacts it may have on the body and brain if used irresponsibly, or if prolonged which is why it is still undergoing research.

Extreme stress is connected to PTDS which has already been heavily researched and a trial of cannabis treatment for PTDS sufferers are underway in the states.

The Multidisciplinary Association for Psychedelic Studies (MAPS), a non-profit organization, was given approval and funding by the Drug Enforcement Administration (DEA) to hold an on-going study on the subject, making it the first ever legal trial of Medical Marijuana for PTSD patients yet. This study is big news and aims to prove that cannabis works wonders for stress and anxiety, especially when administered properly.

To learn more about PTSD go to the resource, How Marijuana Can Treat PTSD Symptoms (Post Traumatic Stress Disorder).

Another group of international researchers led by the students of Vanderbilt University actually found cannabinoid receptors in a key ‘emotional hub’ of the brain. You know how we mentioned that cannabis can trigger the brain to release chemicals to ease stress? Well, these receptors they found in the central nucleus of the amygdala are associated with this action.

“The discovery may help explain why marijuana users say they take the drug mainly to reduce anxiety.”

A Broader Sense of Relief

With cannabis’ medical research uncovering the real benefits of this plant, they are finding more natural and organic ways to deal with stress.

With our lifestyles becoming more stressful and in a world where we have a ‘pill’ for everything, it is a relief that we are able to have access to more natural remedies for a common problem such as stress.

The medical cannabis movement keeps on emphasizing the importance of considering new information, as long as it is backed up by science and research in order to weigh the pros and cons of the legalization of the substance.

I hope soon we will see those suffering from extreme stress or even mild stress, get access to cannabis as a natural method to relax and in turn improve their day to day life.

Do you suffer from high levels of stress and would you choose cannabis as a natural way of relieving stress?

Tell us in the comments below! 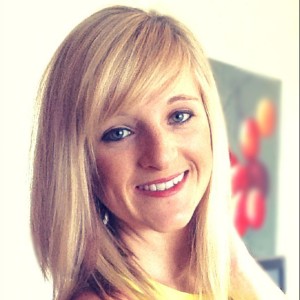 Michelle is the Content Manager & Community Leader at Greendorphin Media. Joined the team because of her passion for living an enriched lifestyle by seeking Alternative Health and Natural therapies for one's well being.

How CBD Helps with Aches and Pains After a Workout