Effects of Cannabis on Symptoms of OCD

Is It Possible to Calm Down Using Medical Marijuana?

People of all ages and walks of life may be affected by OCD that stands for obsessive-compulsive disorder.

Recent scientific studies revealed that this kind of anxiety disorder is much more common than originally thought. Due to reports made by the National Institute of Mental Health, 1.2% of all US adults were diagnosed with OCD.

OCD is a mental health disorder that occurs when a person is caught in a cycle of obsessions and compulsions. Obsessions include unwanted, intrusive thoughts, images or impulses. They tend to occur over and over again and cannot be controlled by an individual.

People with OCD find these repetitive thoughts extremely disturbing as they realize that these thoughts don’t make any sense.

Moreover, they are usually accompanied by strong negative emotions. They also may be urges triggering highly distressing feelings such as fear, anxiety, disgust or hesitation.

Compulsions are another symptom of this disorder. They are repetitive acts that an individual uses to neutralize, counteract, or get rid of their obsessions.

People suffering from OCD realize that acting compulsively is a temporary solution, but still, they don’t have a better way to cope with obsessions, so they choose a temporary escape to relieve stress from unwanted thoughts and negative feelings.

Another kind of compulsions is avoiding situations that may trigger obsessions.

To stay objective when diagnosing a disorder, you need to take into account the context of the behavior. For instance, everyday routine, religious practices and gaining new skills involve a certain level of repeating activities, but mostly they are useful and necessary to do.

Moreover, if you are a stickler for details and prefer to have things neatly arranged, ‘compulsive’ acts are just an integral part of your personality.

The difference between your trait and a symptom of the disorder is that the last one exists in order to reduce anxiety and escape obsessions. So compulsions are defined as acts of behavior that encourage a person to get rid of obsessions in order to decrease distress.

Obviously, most people may have obsessive thoughts or compulsive behaviors in some situations, but that doesn’t mean we all struggle with OCD.

To diagnose obsessive-compulsive disorder, this cycle must be so intense that all person’s time is consumed by intrusive thoughts or compulsive behaviors.

OCD makes individuals neglect important activities and responsibilities, which helps to distinguish between a disorder and a personality trait.

Finding the most helpful treatment option for OCD may be quite challenging. Symptoms of obsessive-compulsive disorder vary a lot, but in most cases, marijuana is considered to be helpful in reducing the negative influence of OCD. Namely, it can help with anxiety relief, tensions easing, and stress decrease.

Moreover, some OCD medications may have unwanted side effects that can be limited by medical marijuana. Medical cannabis can be used when one experiences nausea, headaches, restlessness, insomnia, weight loss, or agitation after taking OCD drugs.

It’s worth noting that if an individual struggling with OCD has a history of drug abuse or undergoes treatment at dual diagnosis rehab centers (like this), using marijuana for self-medication is not the best option as it may lead to unpredictable consequences.

How does Cannabis Work?

There is a big amount of independent material pointing out that cannabis is a powerful tool in treating various symptoms brought by OCD.

Neurotherapeutics researches carried out in 2015 by Esther Blessing and Maria Steenkamp provide evidence on the efficacy of cannabinoids for OCD treatment.

According to the studies, medical marijuana is not a sufficient replacement of other medicines, but a reasonable adjunctive to existing treatment.

Cannabidiol (CBD) decreases the symptoms of anxiety disorder as it affects the limbic region of the brain and also helps to increase the production of anandamide which is a natural antidepressant known as the ‘happiness hormone’. Anandamide regulates mood and reduces distressing feelings.

It’s important to note, that medical marijuana must be prescribed by a doctor (especially at long term dual diagnosis treatment centers), rather than obtained in other ways.

As it’s impossible to know what is being taken or what may have been added to cannabis when you buy it from a dealer in the streets. It’s better to avoid such purchases. Not to get into possibly dangerous situations, one should ask their physicians if it is a suitable option for them.

In addition, physician’s control is needed as patients experience OCD symptoms in different ways, thus their reaction to medical marijuana may vary significantly.

Also, cannabis is a great remedy as part of a holistic treatment under the supervision of healthcare professionals.

Living with OCD is extremely difficult as you constantly seek for ways to calm down. In this case, using cannabis to ease psychological tension may be a suitable option, but not for those who are the patients of dual diagnosis rehabs, as it may trigger intense drug cravings.

Do you have any experience of using cannabis for OCD? Share them with us in the comment below! 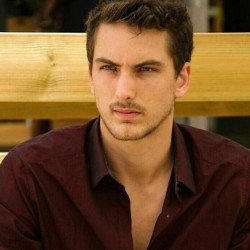 Gordon Goad
Gordon Goad is a writer focused on sharing information on mental disorders and the ways of their treatment.As a volunteer, he provides people suffering from mental diseases with psychological support and takes part in creating innovative holistic rehabilitation programs.