How CBD Oil May Help Ease Your Post Surgical Recovery?

Invasive surgical procedures leave patients’ bodies with a lot to deal with. You have a wound that needs healing and pain that needs managing. Post-surgical recovery is a tricky part of surgical therapy and it needs to be approached carefully.

Recently, CBD oil has become a frontrunner for effective pain management and post-surgical recovery for a wide variety of reasons.

CBD, or Cannabidiol as it’s also known, is a chemical compound that belongs to a group of more than a hundred and twenty substances called cannabinoids.

They are often mentioned during talks of cannabis, but many plants contain these compounds. Despite the fact that it is featured in the cannabis plant, it has no psychoactive effects whatsoever.

The euphoric feelings that come from marijuana are attributed to THC or Tetrahydrocannabinol. CBD has no such effect and it’s impossible to get a psychoactive effect out of it. This particular cannabinoid is a different substance entirely, and its effects are well documented.

Cannabidiol is famed for being a very effective tool for pain relief. In countries where this cannabinoid is legal, you will find that doctors do regularly prescribe CBD oil for certain types of pain.

The extent at which CBD helps pain is still a hotly debated topic, but there’s no denying that it is effective in many cases and patient feedback remains positive.

How does it work

This system affects a couple of vital and non-vital elements in the body. Functions such as sleep and certain immune responses depend on signals that come from endocannabinoid substances.

More importantly, endocannabinoids regulate the body’s pain response mechanism. When external cannabinoids are consumed, they affect the ECS and modify some of these systems.

The substances bind to receptors in neurons that signal pain and prevent specific signals from reaching them. This can lead to pain reduction, for example.

Surgical operations are a great stress for the human body. You’re basically creating a wound that the body isn’t prepared to fight on its own.

Still, it will do its best to deal with surgical recovery as it would with any other type of injury. Unfortunately, the body often doesn’t know what the best course of action is for any given injury.

Surgical wounds are often inflamed for long periods of time. This will not only slow down the period of recovery, but it will also create irregular scar tissue that will look unsightly.

Not to mention, inflammation can be a pretty painful part of wound recovery. Because of this, doctors often apply anti-inflammatory medicine to the affected area and the body in general.

Some of these medications are pretty harmful to your overall health, which is why doctors try to use them in minimal amounts. You can’t guarantee that the medicine will work due to how different every immune system is.

Sometimes, inflammation can stretch on for weeks and it can cause some side-effects that further complicate the wound healing process.

CBD oil is a known anti-inflammatory agent and it doesn’t have as many side effects as its alternatives. It affects the immune system by suppressing certain inflammatory substances and it leads to a “calmer” wound recovery process.

Suppressing inflammation is one way that CBD reduces pain because without inflammation the wound isn’t being agitated and nerve endings aren’t sending pain signals.

Many patients deal with chronic pain on a daily basis. For some, it’s a debilitating condition that requires them to stay on some form of painkillers for a long period of time.

Pain relief options are pretty limited when the pain is chronic. NSAIDs aren’t very effective on their own and they can significantly damage the patient’s liver.

Opioids have a host of problems that are associated with them, which is why they are reserved for the worst cases. CBD is proving itself to be a useful option for pain-relief in long-term and chronic pains.

Some surgical procedures require a significant period of recovery for the pain to subside and the wounds to heal completely. Dealing with this type of post-op pain is an important thing to consider when treating a patient.

For example, patients that are recovering from a successful lap band removal procedure will still need something to manage their pain for a short time. No matter how well a surgery goes, patients can expect to deal with some amount of pain.

CBD oil is considered one of the safest options available to medical professionals, which is why it’s being prescribed more and more for post-op pain management.

When you compare different types of pain relief, you can come to some startling conclusions. Much of the medication that is used to remove acute and chronic pain is pretty dangerous all on its own.

Most people would like to come out of their surgical procedure without dealing with consequences that are worse than the issue the surgery solved. If the post-op treatment ends up harming the patient, then there’s no point in having the surgery at all.

Opioids are an effective, but dangerous form of pain relief. The opioid crisis in the United States can attest to this. Their addictive qualities can end up consuming patients and this isn’t at all a rare occurrence.

Even if used correctly and in moderate doses, you can expect some degree of addiction to form. Overdosing is a real danger and tens of thousands of people die from opioid overdoses every year.

CBD oil is quickly catching on in the medical community simply because it has no major side effects. Any and all issues you might experience disappear the moment you end the therapy and addiction isn’t a real risk.

CBD oil is another great tool in the arsenal of post-op pain-relief substances. It has hardly any side effects and there’s nothing stopping doctors from prescribing it to patients that wish to avoid more addicting and dangerous medications. 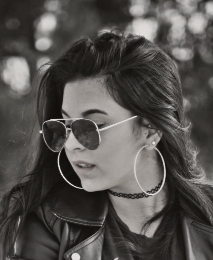 Mia Johnson is a writer with a ten-year long career in journalism. She has written extensively about health, fitness, and lifestyle. A native to Melbourne, she now lives in Sydney with her 3 dogs where she spends her days writing and taking care of her 900 square feet garden.

Why Do You Need to Use A Quality Herb Grinder