5 Health Reasons Why You May Need to Use Cannabis

Cannabis, also known as marijuana, is a psychoactive drug from the plant of the same name. Primarily it is used recreationally but more medical research is being done on it every day to find out more about its effects.

The effects of cannabis can be achieved from smoking, vaporizing it, putting it in food, or using it as an extract.

In many countries, it is considered an illegal substance. In fact, it is actually only legal within four countries and 11 states of the U.S with 33 states allowing it for medicinal use.

The medicinal uses that cannabis can provide lies within the chemicals found in it, these chemicals are called cannabinoids. Very fitting, I know.

There are two main cannabinoids, which are THC and CBD.

Chemically speaking, these cannabinoids have the exact same structure but the difference is how the atoms themselves are laid out.

The differing arrangements have vastly different effects on your body while also being chemically similar to your body’s endocannabinoids.

The purpose of that is that it allows interaction between the cannabinoids and your cannabinoid receptors.

Practically the main difference between THC and CBD is psychoactivity. THC is very psychoactive and thus gives a “high”; in other words, a sense of euphoria.

CBD is the opposite in the sense that it is not psychoactive. It can even disrupt the connection of THC to the CB1 receptors in the brain thus weakening the psychoactive effect.

Speaking in terms of use as medicine, THC and CBD are similar in the fact that they have many of the same benefits. But the main difference is that as previously mentioned, THC offers a euphoric effect and CBD does not.

As far as side-effects go, CBD alone hasn’t proven to have any while THC’s side-effects are just part of its psychoactive properties.

It also should be noted that neither compound is fatal. However, THC has more long-lasting negative effects on children and teens.

Health Reasons to Use Cannabis

One of the promising benefits found in early research of CBD is its potential to relieve anxiety. It’s unclear how CBD directly affects the brain by interacting with the CB1 and CB2 receptors but it is generally thought to alter serotonin signals.

This is important because serotonin is an important neurotransmitter that plays a role in mental health.

Having low levels of serotonin is associated with those who have depression and having low enough serotonin can lead to anxiety. Anxiety is generally treated with SSRIs or selective serotonin reuptake inhibitors but SSRIs are only available by prescription.

So it’s possible that instead of using an SSRI to manage your anxiety you may instead be able to use CBD. Of course, this is not medical advice and you should consult a doctor first.

While there certainly isn’t enough research done on CBD and the full effects that it can have on the human body, either beneficial or not. What is clear is that there is some correlation to CBD and reducing anxiety.

This is shown by a study that stated those with a social anxiety disorder who received CBD had overall reduced anxiety levels as compared to those who received a placebo.

Inflammation of the body is a natural protective response following an injury, infection, or illness. There are two types, those being acute and chronic.

Acute inflammation is standard and comes after the above ailments. Chronic inflammation is a prolonged inflammatory response, this doesn’t seem that bad but can be dire for your tissues and organs. This is due to the increased production of free radicals, which leads to oxidative stress.

While understanding the last part isn’t critical, what it does equate to is that inflammation and oxidative stress correlate to many diseases.

It can be caused by autoimmune disorders, infections, or illnesses and plays a role in asthma, cancer, and diabetes.

What you need to know is that inflammation is good for the body but not when it lasts longer than it should.

Keep in mind that it shows potential due to research not being fully fleshed-out, for some CBD is highly effective for their inflammation. For others, it’s practically ineffective as compared to other anti-inflammatories. It doesn’t hurt to try though.

Speaking of pain, cannabis can relieve it. Historically speaking it’s been used as far back as 2900 B.C. and I don’t want to state the obvious but that was a pretty long time ago. But despite its history as a pain reliever, there hasn’t been much research into it, that is until recently.

All of that to essentially say CBD interacts with the nervous system to reduce inflammation and relieve pain.

Sativex is an medicinal oral spray that is a combination of THC and CBD that is meant to treat pain in people with diseases such as multiple sclerosis.

A study involving 47 people with MS taking Sativex reported improvements in pain, walking, and spasms. But there was no control group so it’s unclear if the placebo effect took place.

Increased appetite has always been a documented symptom of cannabis use but it wasn’t exactly known why until science was developed enough to say why.

Research conducted on the matter has actually concluded that cannabis use increases both the desire to eat and the palatability of food.

Increased appetite might not sound like a bonus but it can help those who struggle to maintain a healthy appetite.

Wasting syndrome or cachexia is an example of what an increased appetite helps with. Among other things, such as weight and muscle loss, a lack of appetite is also present as one of the symptoms.

The general theme with marijuana is that it has not been tested enough to make any conclusive statements, just probably’s and potentially’s.

However, treating seizures is a bit different, this is because a CBD medicine has been approved by the FDA to treat seizures for those with Dravet syndrome and Lennox-Gastuat syndrome.

Cannabis and Its Benefits

Overall, the benefits and health reasons to use cannabis can be endless. But due to the restrictions on the drug, it’s difficult to do testing, research, and even acquiring it in the first place.

Despite that, studies indicate that cannabis aids in reducing anxiety and inflammation, relieving pain, increasing appetite, and treating seizures. As more research is done, more benefits will be found. 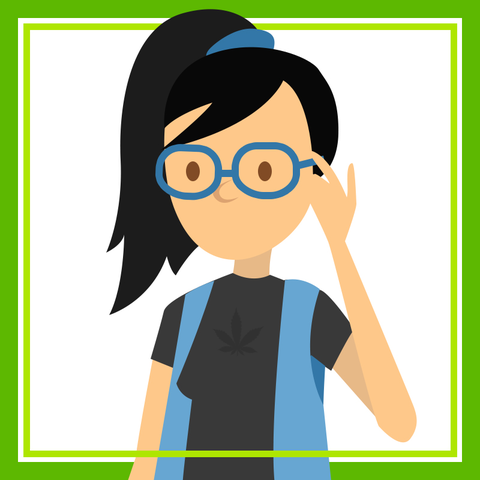 She is a free spirit who is most passionate about writing. She has been working for the cannabis industry as a freelance copywriter for quite some time. She can dabble writing while traveling because she is just simply super.