How to Tell the Sex of Cannabis Plants In Their Appearance

How to tell female from male weed

Battle of the sexes

Want to grow productive crops of cannabis? All you need to do is raise a garden of females. Simple, right? Not quite. Male and female weed plants all come from the same seeds, and it’s impossible to tell by looking at them.

Regardless of whether you’re growing regular, feminized, or autoflower cannabis seeds, they all have the potential to produce males. While the chances of this are vastly reduced when using feminized or feminized auto seeds, it’s not 100% guaranteed.

Males won’t produce buds, take up space, and use up resources. Worse, if they fertilize your females, they stop producing buds, and any existing colas develop seeds.

Seeded weed is the last thing you want, as it contains less THC and is a nuisance to deal with.

If you want to harvest superior sinsemilla, you need to know how to tell male from female pot. Keep reading to learn how to spot the difference early and consistently.

You’ll be informed and prepared to deal with males in your garden quickly and decisively by the end of this article.

Cannabis is sexually dimorphic, with seeds producing both male and female marijuana plants. The natural life cycle of cannabis involves the females producing flowers and the males producing pollen.

As the plants mature, females produce sticky flower clusters awaiting pollination. When transported by the wind or other means, pollen lands on and fertilizes the flowers. Once fertilized, seeds form in the flowers containing genetics from both plants.

So what does this mean for you at home?

Firstly, it means if you want buds, you need females. Secondly, if you don’t want your nugs filled with seeds, you must keep male and female weed plants separated.

The problem is that developing cannabis plants don’t reveal their sex until well into the growing process. What’s more, if you’re not sure what to look for, you may miss the signs until it’s too late.

Keep reading to learn how and when to look for differences in your male and female marijuana plants.

How to tell female from male weed

The sex of cannabis plants is indistinguishable during the early stages of growth. It’s not until they’re established in the vegetative phase that they reveal their sex.

Most start checking for telltale signs about six weeks into vegetative growth. Male and female weed plants develop pre-flowers that are easy to identify once you know how.

Look at the nodes on your plants, where branches diverge from the main stem. At this junction point, you’ll start seeing differences in your male and female marijuana crops. Pre-flowers usually develop toward the tops of your plants, so start your search there.

Male pre-flowers resemble a small, vertically-ridged ball sitting on top of a short stalk. As the plants mature, this sac becomes filled with pollen. Eventually, these burst open, releasing their goodness into the air and fertilizing nearby plants.

Female pre-flowers appear in the same location on your plants but look quite different. In contrast to the males, they lack a stalk and possess a more slender, tear-drop shape.

This pre-flower is called a calyx, and it’s these which eventually form your buds. You may spot one or two small, white hairs called pistils poking out of the calyx, which help confirm the sex.

Check your plants regularly until you’ve confirmed their sex. If you find a male, remove it immediately. If you want your females to stay unfertilized, dispose of the males by burning or mulching them.

Battle of the sexes

Now that you know how to tell female from male weed, nothing stops you from raising bumper crops of buds. Grow with confidence whether you’re using regular, autoflower, or even feminized cannabis seeds. 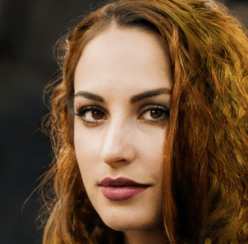 Jennifer Gallagher
Jennifer Gallagher, an experienced cannabis grower at SeedSupreme Seedbank. During a 7-year career in the marijuana growing business, Jennifer has gained a high competence in this field. As far as weed is concerned, she knows it all inside out. Jennifer is an expert in pot-growing, as well as cannabis types and their effects. She’s also familiar with all legislation nuances.