The Wild And Wacky World Of Weed Journalism

As long ago as 2014, when both Colorado and Washington State began their experiments with legal weed for recreational use, marijuana journalism was seen as a “fringe” occupation, and writers who covered the industry are a strange hybrid indeed.

The stigma of the industry was still highly ranked – and there were few writers willing to cover all aspects of the business – from reviews to industry developments because of the same.

Fast forward to 2017 and this appears to be changing with more and more writers now wanting to get into one of the strangest, if not explosive industries to come along since, well, at least the end of the last prohibition. And unlike the end of alcohol prohibition, there is a definite cultural edge to this revolution that is very different.

The Different Kinds of Pot Journalism

There are several distinct “strains” of pot journalism as the industry becomes more legit.

The first is just good old strain review (kind of like music reviews). This kind of writing attempts to rate different varieties in a world where consumers are still trying to figure out the difference between indica, sativa and hybrids. However, this part of cannabis writing is also beginning to have a bit more of a scientific slant. As more research on the plant itself, as well as the chemistry behind cannabinoids becomes more available, this becomes a rich vein for writing to explain (for example) what terpenes are, how the endocannabinoid system works, and the beginnings of scientific findings that promise to change the world of pharma interaction (for all kinds of drugs) on its head.

The second kind of pot journalism is a mix of both business and political news – and the two are inextricably related still at this point. Writing about the politics of weed has become almost a full-time profession in and of itself, particularly with whole state industries now coming into effect. Regulation, taxation policy and business developments on a state level move on a daily basis even as federal reform stalls in D.C. Then, of course, there are international developments, which are beginning to come fast and furious as whole countries move towards reform. 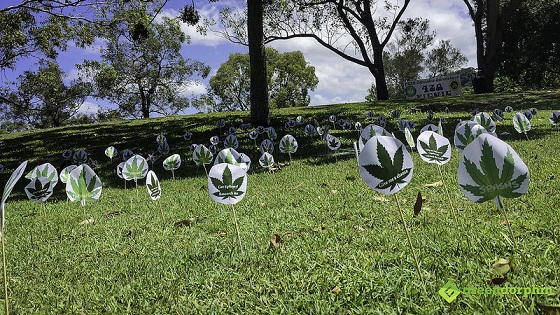 The last kind of weed scribe fills a place somewhere in between the gaps left by the other two. This tends to be a mix of brand ambassador for either individual products or the industry itself and frequently blends cultural news into the mix as well.

Trends on this front? Look for marijuana travel journalists – particularly in parts of the world where canna-travel begins to be actively promoted (it is still pretty taboo).

Are There Any Pot Journalists Who Are “Famous?”

There are a few emerging names in the industry – including the editorial team at The Denver Post, who became the first mainstream journalists to cover the industry – but the easy answer is not really – at least not yet.

Those who cover the industry also tend to do it for reasons that are as much personal as a way to make a living. This is not a beat, much less an industry, that is really all that glamourous as much as it would seem that way. The marijuana industry is a highly political, highly regulated, science and technology-based industry for all the “buzz” about legalization. The best writers are those, who can deliver information within a context of something else that readers want and or need to know about.

The bar about what constitutes an interesting story has also changed considerably – and just over the past few years. It is no longer “news” that someone is making a new kind of inhalation device that they are handing out in Oscar party goody bags (if anything, this kind of accoutrement is pretty much mandatory at this point).

The Industry Is Growing Up

As the industry legitimizes, “marijuana journalists” are themselves reporting on the industry as an industry and less like a stigmatized vertical, that is not quite legit. This, in turn, begins to shape the tone if not the writing that is produced on a regular basis.

That does not mean that the industry is slowing down. In fact, as the industry expands, writing opportunities, just like any other part of the industry, are expanding as many different kinds of consumers, companies and websites begin to figure out what the “average” marijuana consumer wants to hear, buy and understand.

That said, the average marijuana journalist and writer today is a far different animal than the stereotype, even just a few short years ago (not that this stereotype even then was accurate). Hunter Thompson “gonzo” journalism, even then, was a dated beast, just as much as the print medium he wrote in.

What do you think of these brave marijuana journalists?

READ RELATED STORY
How CBD Can Improve Your Focus and Concentration