While most people think of marijuana research being conducted in the US (where the medical and recreational cannabis industry is booming at the moment), there are other countries involved in some heavy research of their own.

Countries, such as Israel, who happens to be a leader in medical cannabis research… and has been for over 50 years.

Israel is a World Leader in Cannabis Research

Israel certainly is not the first country that comes to mind when it comes to state of the art cannabis research. But in 1960, research began by scientist Dr. Raphael Mechoulam, where he used confiscated hashish from Lebanon that he obtained from the police.

Dr. Mechoulam was leading the group of research scientists, that first identified cannabidiol (CBD),  back in the 1960s.

Not long after that, in 1964, he and his team isolated Tetrahydrocannabinol (THC), the cannabis compound now most of us know for giving the ‘high’ so many people seem to enjoy.

As cannabis research pioneer in the Middle East, Mechoulam used the information he obtained from his studies to influence Israel’s Ministry of Health to start a medical marijuana program. Approved in 1992, Israel is now home to some 25,000 medical cannabis patients.

Since Mechoulam’s beginnings some 50 years ago, there has been ample research conducted on cannabis in Israel. Because the nation has a (much) more liberal approach to cannabis research than most other countries, it’s got a considerable advantage when it comes to government approval for both clinical and agricultural research.

Take the US for instance. There are currently some 350 clinical trials currently going on in the United States, but because cannabis is still a Schedule Class I drug, most of these trials are focused on marijuana withdrawal or cannabis dependence and abuse.

The fact that over 2 million Americans currently take marijuana for medical reasons seems to be met with a blind eye. The DEA still has marijuana placed on a list of the most dangerous drugs, believes it has no medical value, and that it has a high potential for abuse.

Things on the medical marijuana front couldn’t be more different in Israel however.

Take, for example, Tikun Olam, one of the biggest medical marijuana companies in Israel. They’ve been operating for almost ten years, and during this time have conducted numerous different medical cannabis research programs.

Not only have they conducted the world’s first “randomized, double-blind, placebo-controlled study” on the effects of cannabis for people with Crohn’s disease, but also have an ongoing survey to see how medical marijuana affects children with cancer.

There are some Americans in the medical cannabis research field that believe the US could learn a lot from a country like Israel. They believe the small country (about the size of New Jersey), ought to serve as an example to countries with strict marijuana policy.

Medical marijuana specialist (and Harvard-educated physician) Dr. Alan Shackelford is one such research specialist who actually relocated to Israel, so he could conduct the research he wanted.

According to Shackelford, “Israel is leading the world by instituting government policies that make it possible to conduct scientific investigations into the potential medical uses of cannabis with a minimum of restrictions and with sensible regulations, and by not putting roadblocks in the way of conducting legitimate research.”

Shackelford isn’t the only person headed over international waters to conduct research on cannabis.

The leniency in Israel when it comes to cannabis research has prompted many US-based cannabis companies to move their research to this Middle Eastern country.

There has been some $50 million invested over the past couple years regarding licensing Israeli patents on medical marijuana. According to Saul Kaye, CEO of the cannabis research firm iCAN, this number is expected to grow to over $100 million within the next year.

The National Center for Research in Medical Cannabis is scheduled to be ready sometime in mid-2017.

The Israeli government also stated in June that they would soon establish strategies for national regulations on using marijuana for research and as medicine.

This, however, isn’t all Israel has up its sleeve on the cannabis forefront. The Israeli government recently stated that they plan on beginning to export Israeli-grown medical cannabis in the next few years.

As leaders in the medical cannabis research community, Israel has developed some of the most advanced technologies when it comes to medical marijuana.

Perhaps rather than continue to try and work against the growing medical marijuana community, by keeping marijuana scheduled as a dangerous drug with no medical benefits, the US could learn something from Israel. US-based companies certainly have, and they’ve taken their money with them.

Turning to Israel for an example of the advancements, they’ve made utilizing marijuana could open the door not only to more medical marijuana advancements in the US but to a more lenient policy regarding marijuana research.

Let Israel serve as an example, because as it now stands the US is far, far behind where they should be when it comes to exploring the world of benefits medical marijuana has to offer.

What other nations which you think are currently investing into Cannabis Research? 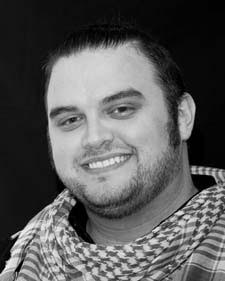 Evan Kaden is a rare breed of freelance writers who, believe it or not, doesn’t drink coffee! As a marijuana activist, He's thankful for the many opportunities he's been given to express his passion for the cannabis industry.