New research indicates that cancer deaths in the U.S. declined by 29% from 1991-2017, primarily due to earlier detection methods and improving therapies.

Innovation in cancer treatment is moving increasingly towards personalized medicine as physicians use genetic data to inform what therapies would be most effective for particular individuals or specific cancers.

Lifestyle is typically the first factor that physicians consider and seek to better in cancer patients, but genetics also determine an individual’s cancer susceptibility.

Researchers have linked specific gene variations to an increased predisposition towards developing certain cancers. While this information doesn’t mean that people who possess a particular variant will develop a specific cancer, it does indicate that a person could have an increased likelihood compared to the general population.

Researchers have studied six cancers in particular, and they’ve listed the genes that are associated with each condition.

Lung cancer results in the highest number of cancer deaths in the United States, leading to more deaths than colon, prostate, ovarian, and breast cancers combined. This high death rate is generally because there are very few symptoms of lung cancer in the early stages, but the causes of the condition are easier to detect.

Smoking represents the highest risk factor for developing lung cancer, but genetics also play a role in susceptibility. For example, an association between genetic variation in the CHRNA3 gene and lung cancer has been observed in multiple studies.

CHRNA3 codes for a receptor involved in “cell suicide,” which is a crucial anti-cancer mechanism. Genetic variation that impacts the function of the CHRNA3 receptor could. Therefore, increase an individual’s susceptibility to lung cancer if this anti-cancer activity is disturbed.

Breast cancer can affect any part of the breast tissue. The condition results in diverse symptoms, including lumps in the breast tissue, irritation and dimpling of the skin, and nipple discharge.

The genetic link to breast cancer is perhaps the most well-known of the cancer susceptibility genes, with variations in the BRCA1 and BRCA2 genes commonly associated with the development of breast and ovarian cancers.

BRCA1 and 2 encode proteins that are involved in DNA repair, and when they are dysregulated as a result of changes to their DNA sequence, the DNA of dividing cells can accumulate mutations, producing aberrant cells that can lead to tumor development.

Women who possess pathogenic mutations in these genes have an approximately 50-80% chance of developing breast or ovarian cancer in their lifetime, much higher than the general population.

Colon cancer affects the large intestine and usually begins with the formation of small benign clumps of cells, called polyps, which can develop into cancer over time.

Age and poor diet are the leading risk factors for colon cancer, but genetics also play a role.

Recent genetic discoveries include links between colon cancer and a loss of control in GREM1 and SMAD7 genes. GREM1 overactivity or duplication was associated with increased colon cancer susceptibility. In contrast, the disruption of SMAD7 activity was found to be a risk factor for cancer development.

There are also genetic disorders strongly linked with colorectal cancer, such as familial adenomatous polyposis, an inherited syndrome caused by mutations in the APC gene that leads to a vastly increased number of intestinal polyps, and therefore, a much higher risk of developing colorectal cancer.

A considerable source of susceptibility comes from one’s exposure to UV radiation via the sun. But genetic risks include variations in the PADI6 gene, which codes for an enzyme that modifies other proteins, and RhoU, which is a signaling protein.

These genetic components are essential players in biochemical processes in the cell, and therefore their misregulation can cause tumors to develop.

Gastric cancer affects the tissues that line the stomach. Initial symptoms include indigestion, bloating, and nausea, which can progress to blood in the stool, vomiting, and unexplained weight loss.

Cannabis is often considered a natural remedy for many chronic illnesses, and individuals often seek out cannabis oil for cancer due to its relative ease of consumption.

THC and CBD are the best-known cannabinoids present in the cannabis plant. Both compounds interact with the endocannabinoid system, and studies indicate that the nutrients provide relief from chronic pain, seizures, spasticity associated with multiple sclerosis, sleep disorders, anxiety, and chemotherapy-induced nausea, as well as provide anti-inflammatory and antioxidant effects.

Aside from THC and CBD, there are over 100 identified cannabinoids in the cannabis plants. Cannabis also contains terpenes, which are a class of chemicals common in nature that produce aromas to protect the plant from predators.

Limonene delivers citrus fragrance, β-caryophyllene provides peppery flavors, and nerolidol offers a woody aroma. These terpenes are also known to have beneficial effects on health, and therefore, add to the abundant number of chemicals in cannabis that provide medicinal effects.

The different chemicals in the cannabis plant also provide unique therapeutic outcomes by interacting with different genes. As discussed previously, genetics can underly much of the dysregulation of cellular events that lead to cancer.

So can cannabis respond to the genes that are associated with each cancer and mitigate the diseases? What does the science say?

Both CBD and THC have been shown to reduce the invasiveness of lung cancer cells in a laboratory setting. This would, in theory, reduce their spread in the body.

Taking that into consideration, endocannabinoid receptors — CB1 and CB2 — could be a viable therapeutic target for lung cancer, as demonstrated by the finding that synthetic cannabinoids can promote anti-tumor effects by inhibiting growth and metastasis in non-small cell lung cancer.

However, the therapeutic effect of cannabis in lung cancer is not limited to cannabinoids; limonene also inhibits the growth of lung cancer due to its ability to promote cancer cell death.

Multiple studies indicate that both THC and CBD can inhibit disease progression in breast cancer cell lines, and studies also suggest that CBD can enhance the effectiveness of chemotherapies.

Research indicates that CBD can also reduce the proliferation of colon cancer cells. Importantly, this effect was enhanced with an extract from a cannabis cultivar with a high CBD content, compared to pure CBD, highlighting the involvement of other compounds in the cannabis plant such as THC.

The terpene nerolidol was also shown to reduce the growth of adenocarcinoma in a rat model.

The activation of cannabinoid receptors has been shown to reduce skin cancer proliferation as well as a tumor’s ability to grow new blood vessels, a marker of advanced tumor growth. Tumors treated with synthetic cannabinoids also showed enhanced cell death.

Several studies show that the activation of cannabinoid receptors can arrest the proliferation and development of gastric cancer.

Experiments in rats have also demonstrated that β-caryophyllene can have anti-inflammatory and cytoprotective effects in the gastric cells, which reduces the likelihood of tumor development.

Cancer is a highly heterogeneous disease. Both the identity and behavior of tumors varies significantly between individuals, with genetics playing an important role.

Many people can use natural remedies such as cannabis oil for cancer as a potential complementary treatment, or to improve their overall health to reduce their likelihood of developing the disease.

If people know the genetic variants they possess, they can use that insight to help inform their decision as to whether or not there is evidence cannabis-based medicine could be beneficial to them, and if so, what features they should look for in a cannabis oil for cancer.

Do you have any experience with using cannabis oil for cancer? Let us know in the comments below! 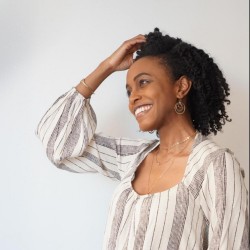 Nicco Reggente
Nicco Reggente is a co-founder of Strain Genie, a Los Angeles based startup that offers a cannabis DNA test to match patients and recreational users with the right cannabis products, strains, terpenes, and dosage recommendations. Nicco received his Ph.D. in Cognitive Neuroscience from UCLA where he focused on using machine learning and neuroimaging to predict the efficacy of treatment regimens.