Medical marijuana has been around for centuries, but it’s only recently that scientists have begun to test it as a real-world, doctor-approved treatment method.

If you’re curious about what cannabis can do, here are just a few examples of illnesses and diseases that it can treat.

Inflammatory bowel disease (IBS) is a catch-all term for a number of conditions that affect the digestive track. Cannabis, however, can be used to treat most of them.

It increases appetites, encourages weight gain and reduces nausea. There’s also been evidence to suggest that it can have an anti-inflammatory effect on the bowels and take some of the pressure off IBS sufferers with a lot of internal swelling.

Multiple sclerosis is a condition that affects the brain and spinal cord, and one of its primary symptoms is muscle spasms.

Many patients have found relief from the tremors in cannabis-based extracts, but it wasn’t until 2004 that researchers officially put it to the test in a randomized, double-blind study.

The results were staggering: Patients reported a 25 percent reduction of their symptoms across the board.

Cannabis has so many benefits for cancer patients that it’s officially recognized by the American Cancer Society as a treatment option.

While there’s no cure for cancer, studies have shown that cannabis can help to ease some of its most common symptoms.

It can stimulate the appetite and keep patients at healthy weights; it can reduce the nausea associated with chemotherapy. It can also act as a pain reliever after nerve damage.

There’s no doubt that smoking is bad for your lungs, but thanks to modern medicine, patients don’t have to roll or wrap cannabis to reap its benefits.

They can use something like a tincture instead, and they’ll be able to treat their asthma with the anti-inflammatory properties of the cannabis without actually inhaling it.

It can travel to their lungs and expand them, potentially allowing them to breathe better.

There are many remedies for arthritis, but you might be surprised to learn that cannabis is one of them.

It’s mostly to do with pain relief. Cannabis can interact with the brain in a way that blocks pain receptors and induces good feelings like euphoria, making it easier for patients to live with the ongoing symptoms of arthritis.

The most common arthritic complaints are stiffness, soreness, weakness and a reduced range of motion, but cannabis can temporarily block the brain from feeling them.

These are just a few conditions that can be helped by cannabis, whether you obtain it through Rock Road Remedies or another provider.

Before you find a dispensary, however, make sure that you talk to your doctor about your unique health needs and whether or not cannabis can work for you.

If you have a success story with any of these maladies cannabis can treat, please let us know in the comments below! 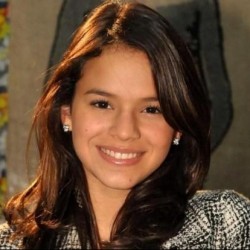 Lizzie Weakley
Lizzie Weakley is a freelance writer from Columbus, Ohio. In her free time, she enjoys the outdoors and walks in the park with her three-year-old husky, Snowball. You can find her on Twitter @LizzieWeakley.