Medical marijuana is now legal in over half of America’s states. An increasingly large number of patients are trying marijuana as medicine now that doing so is legal, and many are pleased with the results.

Here are just a handful of medical conditions that commonly treated with cannabis.

People often joke about getting the “munchies” after taking marijuana, and the drug’s appetite-stimulating properties are well known.

This makes medical marijuana extremely helpful to cancer patients who experience both severe nausea and a lack of appetite during chemotherapy treatment. Cannabis can help with both of these issues.

Marijuana also helps AIDS patients who suffer from AIDS wasting—a condition in which a person loses more than 10 percent of their body weight and can’t gain it back.

Marijuana can increase the appetite in these patients, allowing them to eat more in an effort to slow or reverse their weight loss.

Many people who live with chronic pain report that a trip to the marijuana dispensary is far more likely to ease their suffering than a visit to a more conventional pharmacy.

Although it’s not entirely clear how marijuana eases pain, many doctors believe it does so by reducing inflammation and relaxing the muscles.

Pain is an unfortunate occurrence in many chronic diseases including multiple sclerosis, spinal cord injuries, arthritis and diabetic neuropathy.

Medical cannabis can often ease the pain of these conditions and others. According to the AARP, medical marijuana is currently helping 600,000 Americans deal with their pain.

Several years ago, parents of epileptic children caused a stir by seeking medical marijuana for them. They insisted marijuana greatly reduced the number and severity of epileptic seizures their children experienced. It seems they were correct.

Marijuana treatment proved so effective at stopping seizures that the FDA has since approved an epilepsy drug made from CBD. Similarly, marijuana can also reduce tremors in those with Parkinson’s disease.

The literature on exactly how marijuana cures insomnia is lacking, but there is no shortage of evidence that it does.

Eighty-six percent of the people who tried marijuana for help sleeping reported that it works. Some doctors believe that marijuana itself helps to induce drowsiness and relaxation to aid with sleep.

Others believe the marijuana works by easing other conditions, such as anxiety or pain, that can keep patients up at night.

Medical marijuana isn’t a panacea by any means. But it can prove a powerful, natural tool for helping a variety of medical issues.

If you’re experiencing an issue cannabis could help with, talk to your doctor about the pros and cons of marijuana treatment. Together, the two of you can decide what dosage, delivery method, and strain work best for you.

Have you treated any of your medical conditions with cannabis? Share your experience in the comments below! 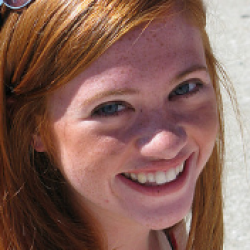 Brooke Chaplan
Brooke Chaplan is a freelance writer and blogger. She lives and works out of her home in Los Lunas, New Mexico. She loves the outdoors and spends most of her time hiking, biking, and gardening. For more information, contact Brooke via Facebook
or Twitter here.