What is Marijuana Anonymous (MA)?

Several studies have already debunked that cannabis is not a gateway drug. It is not a one-way road to despair and destitute that was once sold under the Reefer Madness.

The effects of cannabis do not even come close to the hazards that alcohol or hard drugs can bring to its users.

As a matter of fact, the U.S. federal government, the same system that still lumps any cannabis-derived item in the same Schedule I classification as heroin, even admits that cannabis is only about as addictive as caffeine.

How Real is Cannabis Addiction?

According to the report of the National Institute on Drug Abuse, there is only about 9 percent of cannabis consumers who have developed dependency issues.

But compared to the same type of craving other substances like heroin, methamphetamine, and prescription opioids create on their users, cannabis is way safer. 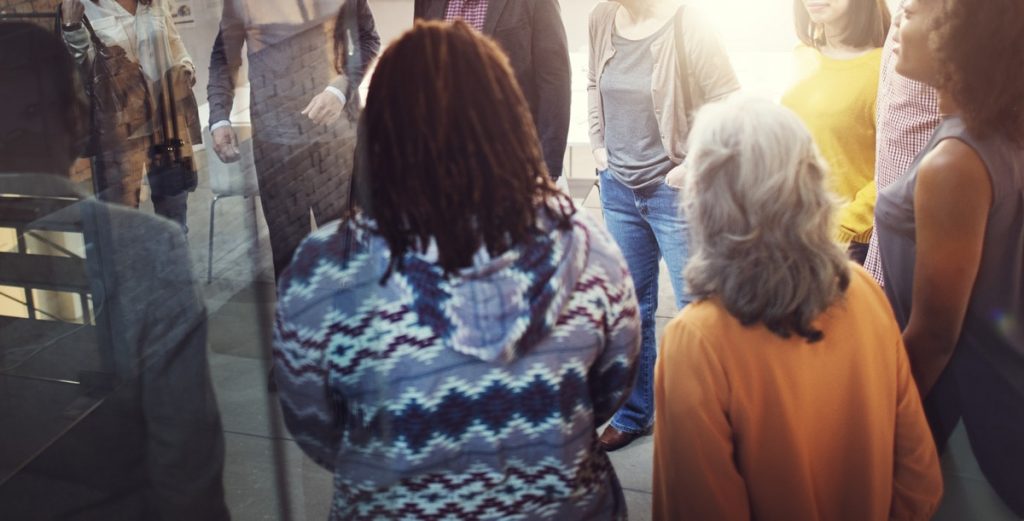 A number of studies have disclosed that this disease commonly referred to as “cannabis use disorder” is more of a mental dependence rather than a physical affliction.

Even though the American Society of Addiction considers that cannabis dependency is a significant problem for cannabis users, it has reported that this condition is extremely rare.

“Although few marijuana users develop dependence, some do,” according to the 2012 study of the American Society of Addiction. “But they appear to be less likely to do so than users of other drugs (including alcohol and nicotine), and marijuana dependence appears to be less severe than dependence on other drugs.”

But for those who claim and are convinced that their obsession with cannabis has spiraled out of control, there is Marijuana Anonymous or simply MA.

Similar to the already established Alcoholics Anonymous (AA), the cannabis version of this 12-step program was created for those who have declared and admitted that they have reached a record low because of their cannabis use and would like to find their way to recover through regular meetings.

Oftentimes, alcoholics are not the only attendees of AA meet-ups, people who suffer addiction from pills and other hard drugs can also be found lingering in the halls of the AA meetings.

On the other hand, Marijuana Anonymous, which was established in 1989, tries to only single out the people who think that their lives are negatively affected because of cannabis dependence.

According to MA’s preamble, the only requirement for an individual to become a member is their desire to stop using cannabis.

Members do not pay fees or dues for the membership. It is also stated in their preamble that they are a self-supporting organization through their own contributions.

Marijuana Anonymous is not affiliated with any secular organizations or religious institutions. They also refrain from giving their opinion on any outside causes or controversies.

They also proclaim that their primary focus is only to stay free of cannabis and to support recovering cannabis addicts who are finding to achieve freedom from the substance. And just like the 12-Step Program of AA, MA also has its own twelve-step recovery program guided by their twelve traditions.

When they were asked about their take on cannabis legalization, they declined to give a comment saying that they have no official stance on whether the substance should be made legal. They added that it is the cannabis addicts who are in control of his or her life.

Cannabis Addiction is Not Taken Seriously

A number of specialists do not believe that addiction to cannabis is real enough to warrant immediate action.

J. Wesley Boyd, a Harvard medical professor said that cannabis dependency is insignificant in comparison to other intoxicating substances such as alcohol.

He said that the symptoms include irritability, cravings, and mildly elevated pulse and these indicators are much less recognizable or even potent enough than those observed from people who are addicted to painkillers, alcohol, and tranquilizers.

Unlike harder drugs which can cause powerful withdrawal symptoms like hallucinations, seizures, and even death, Professor Boyd said that the worst thing that a person can experience pulling out of their cannabis addiction is that they might miss the feeling of being stoned.

Yet he also admitted that the symptoms might be worse if they started experimenting with cannabis in their youth. Boyd advises young people interested in trying cannabis to wait until adulthood to join the stoner nation.

Evidence for cannabis addiction is still not enough but apparently, a select few cannabis users out there have trouble dealing with their lives because of enslavement to this craving. If not, Marijuana Anonymous would not be hosting regular meetups globally.

Much like Alcoholics Anonymous, the society attempts to create a sense of community back to the people who have fallen on a difficult time of their lives because of dependence on the intoxicating substance.

It is not our place to judge. Everyone has vast and complex problems in their lives. So, if MA is something that can make a person feel better, something that can help an individual cope with their dependency, then we should let them be.

READ RELATED STORY
The Use of CBD for Addiction