Does THC, CBD or Cannabis Affect Your Memory?

Does THC, CBD or Cannabis Have Adverse Effects on Your Memory?

Lately, discussions regarding cannabis have been rampant. Seemingly, two points of view emerge from all these discussions.

On the one hand, is the idea that cannabis has harmful effects on human health. Those who support its legalization sight the numerous benefits it has on health.

Regardless of your stand on this issue, you might have heard it repeated severally that cannabis, CBD, or THC affects the user’s memory.

Let’s see if that assertion is true.

Effect of Cannabis on the Brain

Cannabis can have both short- and long-term effects on the human brain. Unfortunately, some of these effects could be quite adverse.

Different studies conducted on rats regarding this matter show that the brain is susceptible to negative effects of THC.

More specifically, the studies indicate that people who start using marijuana from an early age are prone to encounter some difficulties in learning or with their memory. Here, we see that THC can affect memory negatively.

Specifically, THC has a reputation for:

Is CBD Just as Bad?

On the other hand, CBD is much safer for memory. According to the World Health Organization (WHO), it has zero risks on one’s health.

Consequently, you could continue imbibing or using it for years without suffering adverse effects. More importantly, CBD is quickly transitioning into a drug that’s worth using in treating different ailments.

Interestingly, studies show that it has positive effects on memory, which include the following:

It’s worth mentioning that cannabis contains over 100 different cannabinoids. Two of the most commonly mentioned cannabinoids are THC (Tetrahydrocannabinol) and CBD (Cannabidiol).

These compounds act upon the cannabinoid receptors in our body and brain, but the effects can be different depending on which cannabinoids are present.

Based on the above-mentioned studies, the more THC you consume the higher your chances might be of damaging your short-term memory permanently. Worse, is the fact that the brain’s ability to encode memories can also suffer if you keep using cannabis heavily for a long time.

While younger cannabis users and heavy THC users are more prone to experience adverse effects on their memory, CBD proves to be beneficial for your memory! 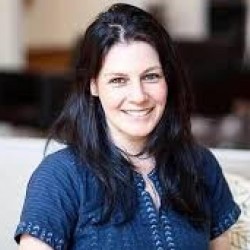