There are many medical conditions in today’s modern society with an abundant number of treatments. Research and scientific data have proven that certain medications can and do in fact, work.

On the other hand, certain medications and treatments have been proven to be a bust. Over the past few years, there has been a lot of hype about CBD and its positive effects on people and animals.

Below is an A-Z list of the top 15 conditions currently being targeted by CBD researchers and scientists alike:

Traditional medications such as Adderall and Ritalin have been used for years to treat those suffering from Attention Deficit Hyperactivity Disorder (ADHD); however, CBD is showing positive research results by enhancing cognitive-motor skills such as mood, attention and learning.

CBD also contains anxiety-reducing and anxiolytic properties that can relieve anxiety conditions for those living with ADHD.

There are some people who’ve had mixed feelings about using CBD for their anxiety; however, there’s also a lot of testimonies and scientific evidence that proves CBD works.

For those individuals who received CBD, data suggest a reduction in anxiety levels as well as better motor and coping skills.

According to the Arthritis Foundation, 300,000 children and nearly 54 million adults are diagnosed with some type of rheumatic or arthritic condition. These conditions mostly target the joints and cause severe pain.

Certain treatments and medications have been known to help ease these effects; however, many people are looking for a more all-natural solution for pain relief such as CBD oil.

A lot of research and science has gone into the manufacturing of CBD topical gels and creams to help those suffering from back pain.

CBD is still a relatively new and understudied treatment for back pain, but studies have shown that it can help relieve inflammation symptoms, which is a major factor in chronic back pain.

Crohn’s disease is oftentimes considered a debilitating and painful condition that affects millions of people worldwide. Crohn’s is an inflammatory bowel disease (IBD) that affects parts of the gastrointestinal tract, and it mostly attacks the small intestines.

Does CBD oil offer relief for those living with Crohn’s disease? There’s a lot of studies and evidence that suggest it does.

Depression affects millions of people spanning across the globe. Research released in 2014 disclosed that CBD appeared to have a positive effect with receptors in the brain known as serotonin.

Many real CBD users who are suffering from depression have also reported that CBD was useful for treating their depression symptoms.

Anecdotal and scientific studies have released reports suggests that for certain individuals, taking CBD oil has helped to alleviate some of their symptoms of fibromyalgia.

In the human body, neurotransmitters called endocannabinoids are produced, and they bind to the cannabinoid receptors in the nervous system.

Research has revealed that CBD can help to reduce chronic pain caused by inflammation. CBD works by interacting with neurotransmitters and impacting the endocannabinoid receptor activity.

CBD oil has been shown to reduce inflammation and relieve pain; however, research is showing positive results that CBD is effective for treating migraines.

Migraines are brutally painful, and they can last for hours. Most CBD users report a reduction in migraines as well as faster recovery times.

There has been a lot of research into the effects of CBD for those living with multiple sclerosis (MS). CBD and THC both have therapeutic properties that reduce pain and improves mobility.

CBD has been proven to be antipsychotic and an anti-inflammatory; therefore, MS sufferers who’ve taken CBD have found a reduction in pain as well as improved mobility.

Studies that are currently being conducted at the Colorado School of Medicine are addressing the tremors and insomnia associated with Parkinson’s disease.

Research is showing that CBD lowers anxiety levels, pain, and depression in those suffering from PDD (Parkinson’s disease dementia), and it’s also effective when it comes to treating the psychosis generally bound to PDD.

Post Traumatic Stress Disorder (PTSD) is a severe psychiatric condition that affects about 10 percent of the population worldwide. It oftentimes affects the individual for the rest of their lives as they re-experience the traumatic events that led to PTSD.

Traditionally, psychiatric medications and psychotherapy have been deployed as the first line of defense for PTSD; however, CBD is showing positive results in PTSD patients.

There are millions of people who suffer from some type of skin disease, and CBD being an anti-inflammatory has certain properties that can benefit the skin.

Research has shown that CBD relieves pain from itching and scratching and provides moisture to the skin by reducing the skin’s oil production.

Most CBD skin products are made into a topical cream that’s applied to the affected areas of the skin.

Currently, there’s a small body of scientific evidence that offers some proof that CBD works as a sleep aid.

Research is also showing that CBD can help with short-term insomnia, which is mostly attributed to the pain and anxiety that makes it harder for those with sleeping disorders to fall asleep and stay asleep.

Research and clinical studies have shown that CBD helps to convert white fat into brown fat, which improves the body’s ability to burn calories. The results also show an increase in metabolism as well as fats being broken down more efficiently.

CBD is a much safer alternative for weight loss as opposed to some harmful weight loss products that are known to have serious side effects.

There are many more conditions not mentioned above that people live with on a daily basis, and sufferers have been looking for a safer and all-natural solution such as CBD.

DidCBDWork.com crowdsourced a massive project into the positive and negative effects of real CBD users. Did CBD work or not for your condition? Regardless of the answer, we want to hear from you! 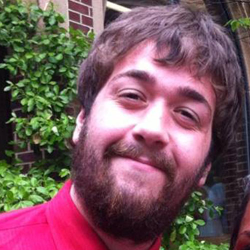 John Alois
John Mace Alois is the Digital Editor and Lead Content Creator of DidCBDWork.com, a crowdsourcing project looking to reach 1 million CBD users. A lifelong advocate for CBD and cannabis products, this Empire State native has spent the last several years using advocacy to sharpen his writing skills. He has written professionally for years and looks forward to using that skill to educate others.