CBD and Meditation: What is the Connection?

The connection between CBD and meditation goes a long way. They are often linked together, but the relationship between the two is deemed complicated and often questioned.

The long history of association between the two makes people wonder if they can meditate under the influence of CBD. They are curious to find out its impact and benefits.

If you are one of those curious souls, read on to find out more.

Meditation is an ancient practice where individuals try to focus their mind using different techniques. In ancient times, people practiced it to train the mind, raise awareness and reach spiritual goals by establishing a calm and stable state of mind.

Its origin can be traced back to 1500 BCE India. Several saints have used it to attain self-realization and ultimate enlightenment.

Modern-day practitioners and science promote meditation as a healing therapy that can help in reducing stress, anxiety, and depression.

Alongside, it can help to create positive self-concept and overall well-being. Its benefits in treating health issues and medical conditions continues to be studied by researchers and experts.

In the meantime, survey and studies have shown that regular meditation can bring about positive change in brain structure and cognitive abilities.

Elsewhere, some studies show that CBD can have a calming effect on the mind when taken in the right manner and right proportion which even works to control anxiety.

Some suggest that the effects might be similar to that of meditation. However, historically speaking, there may not be many details, but it is said to be used in sacred rituals by different people of different cultures.

Some cultures consider it to be a sacred plant that might have meditative and spiritual effects. Let’s delve a bit deeper into this.

Link Between CBD and Meditation

At the spiritual level, it can alter the cognitive state of a person and raise their awareness and alertness levels to the present moment.

CBD or marijuana is also known to achieve a similar state of mind as meditation. The use of CBD oils has widely spread as it provides the same relief as meditation does.

However, today’s fast-lane life makes it difficult for people to detach and devote their time to this transcendental experience.

For many people, CBD allows them to experience a similar sense of calmness, euphoria, and relaxation. Often the experience is described as psychoactive high that enables the users to live in the present moment and forget the worries about the past.

The stillness and calming effect are often described to be profound and meditative. Simultaneously, people are linking CBD with yoga.

Many users suggest that yoga practice with CBD takes your yoga therapy to an entirely new level of chill.

It won’t get you high, but it releases the anxiety, relieves pain, decreases inflammation, and improves mood for yoga practice. It helps you to focus and perform better, especially in quick-paced vinyasa style yoga.

Not only does it help sore joints, but people have experienced prolonged bliss of the savasana even after leaving the mat.

Benefits of CBD and Meditation

The debate about CBD and its benefits have been going on for a very long time. Truth be told, there are studies that prove CBD may not be all that evil.

It may not replace meditation, but it is suggested to give a required boost to the meditation experience.

Scientists and researchers have pointed out the long-term benefits of meditation. A study published in the journal NeuroImage suggests that meditation can increase brain activity, enhance gray matter in the right orbitofrontal cortex and the right hippocampus, the regions that are responsible for positive emotions and emotional stability.

Even though the study does not include the role of cannabis, people are often wondering what perfect synergy between meditation and cannabis might possibly benefit the brain in the long term.

According to the National Institutes of Health, the herb has been used for over 3000 years to treat ailments, relieve stress and lower down the effects of an anxious mind.

Meanwhile, the drive towards legalization of the substance has mellowed down the ongoing debate.

A survey by Yahoo News and Marist college showed that a whopping 35 million adults in America are using marijuana, out of which nearly 40 percent is using it for its relaxing effects.

In 2015, researchers at the University of Buffalo’s Research Institute on Addictions conducted a study that revealed THC, one of the active components of marijuana, and the endocannabinoid substance in the brain have the same impact on the human mind and promotes feelings of well-being and good health.

The authors did find some evidence backing up the use of CBD for treating depression and PTSD. However, they did warn against using it for conditions like bipolar disorder and psychosis.

So, many CBD users have expressed a positive outcome of using meditation and the herb in conjunction. According to them, it helps them feel relaxed instantly and have a positive, deeper impact on their meditation session.

Just like long-term meditation can help in easing the symptoms of depression and social anxiety, people using cannabis suggest that similar benefits can be experienced much quicker.

While meditators may take longer to reach the much-coveted state of mind, with CBD it might be possible to enter straight into it.

Meditation has a huge amount of evidence behind its efficiency in treating medical conditions and benefitting the human mind and body.

Unfortunately, long term benefits of marijuana lack scientific knowledge. However, the subject is open to discussion and researchers believe that it deserves further exploration.

Apart from legal issues, medical marijuana is believed to help people with anxiety and depression.

When it comes to combining meditation and cannabis, there are many ways to do so. Users believe that everyone finds their own individual way to enhance their experience based on individual methods and preferences.

For beginners, regular chaos of life can make it difficult to still their thoughts during meditation. Therefore, cannabis users suggest that the right strain can help in dealing with just that.

Consumption of CBD just before the meditation session can take them instantly to a headspace where everything is still and calm. 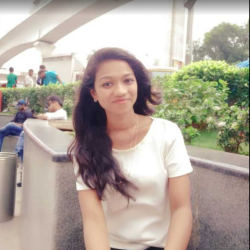 Sravani K
Sravani has been a technical writer and a blogging freak at Curated Deals. As a writer, she is passionate about technology, gadgets and many more. She loves helping analytic people and reaching their goals. Apart from this, she loves travelling and surfing the net.