How Medical Cannabis Can Be Used for Mental Health Problems

“Marijuana is a time-tested herb that affects the brain most and its results can be seen immediately or within 10-15 minutes. It’s not disputed that despite having certain intoxicating or drunkenness type effects, marijuana also carries medicinal properties.

These medicinal properties have the potential to cure chronic mental ill-health conditions.

In a recent research conducted at the University of British Columbia, the Scientists have found marijuana to have potentials for using it for mental health.

A large number of the patients have benefitted themselves by using Medical Marijuana Cards for the treatment of mental disorders, including psychosis, stress, depression, anxiety, PTSD and many more.”

Practically, marijuana, alcohol, and caffeine all affect our brain the same way. For a time being, all three make us high, keep us focused on a single thought that is reflected in the mind and hamper the brain’s ability to function normally.

Of the three, only marijuana is believed and tested to have certain positive effects that are beneficial for the health.

Marijuana is one of the oldest crops that were cultivated in Central Asia, China and Egypt. Ancient inhabitants started using marijuana as a narcotic drug at least 10,000 – 15,000 years ago.

Evidence related to using this herb for medical purpose dates back to 2500-3000 BC. Cultivation and medicinal uses of marijuana are also mentioned in the Ancient Indian Texts.

But, there is hardly any reference that shows if any of the kingdoms had ever restricted cultivation or using marijuana, whatever be the purpose. However, after researching on the bad effects, this herb became ill-famed and invited State restrictions across the world.

There has been a long ongoing debate on the issue, whether marijuana affects mental health. There has been neither a consensus nor any conclusion.

People stand divided and stay swinging one side or the other. The second line of the intelligentsia that includes Doctors, Scientists & Scholars, appears to be firm in their opinion. They count negative effects of marijuana on the mind and general health of the people more.

Unfortunately, all the studies and research were conducted on the ‘addicted’ recreational smokers, but not on the medical marijuana users.

The reason is, marijuana has been categorized as a Schedule-1 Drug. Legally, without getting State’s permission, it’s not possible to conduct tests on medical marijuana for human use.

The process to get the permission is tedious, time-consuming and troublesome. In other words, scientific studies on medical marijuana are very small or insignificant for arriving at some conclusive results.

Use of Marijuana in Psychiatric- Mental Health Conditions

In about 29 States, riding on the public demand, as well as political will, marijuana has been allowed for the treatment of several mental ill-health conditions.

These include simple stress to PTSD, anxiety, insomnia, depression, Alzheimer disease etc. There are a few other brain-related diseases that directly results in mental ill-health. These include brain tumors, blood clots in brain, brain inflammation due to stress, and encephalitis etc. Of these, Alzheimer disease is one of the most deadly diseases in America.

Epilepsy is another disease, though, can’t be directly stated to be a mental ill-health, and certainly affects the mental health during the course of the seizures.

Use of Medical Marijuana in the treatment of these illnesses and other psychiatric conditions has shown significant results.

The patients who used medical marijuana for mental ill-health related issues reported getting a significant relief. By now, it has become clear that marijuana gives very good results in the conditions of depression, insomnia, and anxiety.

How Does Medical Marijuana Affect Our Mind?

Marijuana contains more than 100 compounds. Of these, more than 60 belong to the Cannabinoids family. They got their name from the Cannabis.

Scientists say that our internal system responds to the cannabinoids biologically. THC Cannabinoids which are found in the cannabis, have an almost same structure as that of natural cannabinoids available in the endocannabinoid system in our body.
A natural communication system works between our brain, our organs and other parts of the body.

When these natural cannabinoids are damaged, the cannabinoids found in cannabis can make up the deficiency of natural cannabinoids. According to studies and research conducted at prominent Universities in America and Canada, the substance has been found to have the potential for curing the mental ill-health conditions. Researchers found that marijuana had benefited the patients with stress, depression, anxiety and PTSD issues.

In the contemporary times, California was the first State to legalize Medical Marijuana in the year 1996. Relying upon the undisputed reports on some of the beneficial effects, the State opened using this herb for the medical purpose and treatment of stress, anxiety, depression, chronic pain management and a few more conditions.

The use of marijuana for medical purpose is channelized via Medical Marijuana Cards. Since then, despite facing severe criticism, the use of marijuana has survived in the California law. Rather, the herb has also become legal for recreational use, of course, subject to a few conditions.

Why Should You Have a Medical Marijuana Card?

From 1 January this year, use of recreational marijuana has become legal in the California State. The new cannabis law promises more benefits to the Medical Marijuana users than the recreational users.

Medical Marijuana users can carry it as per their need. They can grow more cannabis plants in their homes. Moreover, use of cannabis has been yet illegal at Federal Level. Only 29 States have legalized the use of marijuana, either for medical purpose, or recreation.

If you are traveling to a non-legal State, your medical marijuana card can save you from Police harassment and embarrassments.

These cards are valid for only 1-year. If you have been using medical marijuana previously, then do not forget to get your Medical Marijuana Card before its expiration date.

Physical clinics as well as Online Marijuana Clinics, are providing marijuana recommendations. Consulting an online doctor is convenient and time saver too. 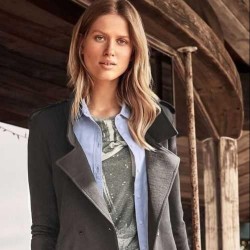 Jo Harvelle
Jo Harvelle is a freelance writer and blogger. She is living in Los Angeles, California and has been writing on Medical Marijuana for Health, and Online 420 Evaluations.