Visiting Another State? Know How to Handle Your Marijuana with Different State Laws

America’s marijuana laws could generously be characterized as complex. Some states have legalized its use, but it is still illegal at a federal level. If you have access to legal marijuana, you may need to know what might happen if you attempt to travel with it on your person.

Start by Looking at the Law

Your first and most important step will always be to take a look at the laws of the states that you want to visit.

While medical marijuana is becoming the norm across the country, it’s not quite nationally legal yet. As such, you have to start your process by understanding that bringing medical marijuana with you across state lines isn’t as simple as bringing other types of prescription medications, you can reach out to Cooley law firm for more legal advice.

Your next step should be to look at which states through which you’ll be crossing as you go on your trip.

If you are pulled over in a state that still criminalizes marijuana even for medical use, you might still have problems even if you are planning on driving through to a state that has legal medical marijuana. It’s vital that you spend some time looking at the laws for each state through which you will pass.

One special area that you’ll want to pay attention to is Washington, D.C.. Due to the capital’s status as a special district, it actually falls under federal laws – and as such, federal drug laws apply.

This means that you’ll not only find yourself in trouble if you get caught with medical marijuana in the District of Columbia but that you’ll also be facing federal drug charges should you be prosecuted.

If you’re planning on traveling with your medically prescribed marijuana, then, you’ll want to avoid the capital.

What Happens if You Are Arrested

If you are arrested and have marijuana on your person, you’ll find yourself having to deal with the laws of the state in which you were arrested. As such, you’ll need to contact a criminal defense attorney who actually practices in the area in which you have been stopped.

Given that every state has different guidelines as to how to prosecute those who are charged with possession, you could find yourself facing anything from a minor fine to actual jail time.

Always do your research before you travel with marijuana. Look up state laws, understand where you’re going to be traveling, and know the consequences if you bring your marijuana with you to a state in which it is not legal.

Remember, the laws might be changing rapidly but they haven’t changed everywhere quite yet. 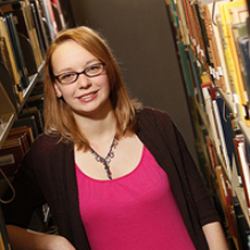 Meghan Belnap
Meghan Belnap is a freelance writer who enjoys spending time with her family. She loves being in the outdoors and exploring new opportunities whenever they arise. Meghan finds happiness in researching new topics that help to expand her horizons. You can often find her buried in a good book or out looking for an adventure. You can connect with her on Facebook right here and Twitter right here.