How Medical Cannabis Laws Vary from State to State

The laws surrounding medical cannabis in America are in constant flux. Not only are there great discrepancies between different state’s policies towards cannabis, there’s also a huge disconnect between state and federal laws.

Let’s clear up some of the common cannabis confusions to help you better navigate this issue.

One important point to keep in mind is that marijuana has a very different legal status from hemp. While both of these strains are derived from the plant genus cannabis, marijuana has a higher concentration of the psychoactive compound THC. It’s mainly for this reason that the federal government considers marijuana illegal.

Unlike marijuana, hemp has minimal THC content and high concentrations of the non-psychoactive cannabinoid CBD.

To be considered hemp under US law, this plant cannot have more than 0.3 per cent THC content. The US government legalized the cultivation of hemp in 2018, but not every state is on the same page with hemp consumption.

So, states with legal medical cannabis must be split into two groups. First, there are those that recognize both marijuana and hemp as legitimate forms of medicine. The more conservative states, however, only allow for hemp-derived, high-CBD products.

One way the National Conference of State Legislatures (NCSL) determines whether a state has a real medical cannabis program is by looking for a thorough dispensary program.

States that have a system in place where citizens can apply for medical cannabis ID cards, visit dispensaries, and choose from a wide variety of cannabis strains are considered to have a comprehensive medical cannabis program.

For instance, Maryland currently has dispensaries and allows patients to apply for medical marijuana ID cards using the Maryland Medical Cannabis Commission’s online portal. After being approved by the state, residents can visit a dispensary near Baltimore or Columbia to pick up their medicine.

There are some states that have legalized medical cannabis, yet they don’t have a dispensary system in place. Most often these states have only legalized cannabis for use in a laboratory setting for testing.

Other states might allow certain patients to pick up CBD oils, tinctures, and edibles at drug stores without worrying about legal repercussions.

Cannabis marketing agencies help companies know which products are legal where so that consumers don’t get in trouble for any accidentally illegal purchases.

Which Conditions Are Recognized?

Another complication in the medical cannabis industry concerns what diseases this herb could be prescribed for.

While research into cannabis’ medicinal benefits is promising, there’s still a ton of work to be done. In the meantime, states have to determine what diseases qualify for legal medical cannabis—and not every state agrees on this issue.

Currently, childhood epilepsy is one of the most common conditions that qualifies for legal cannabis. In most cases, these patients are allowed to use high-CBD oils or tinctures to reduce the severity of their seizures.

States with legal cannabis also frequently allow patients with cancer, HIV/AIDS, or Multiple Sclerosis to access to the drug, but this varies across the nation.

While there’s conflicting evidence on cannabis’ efficacy on conditions like glaucoma, anxiety, and fibromyalgia, there are a minority of states that have approved these conditions for medical marijuana treatment.

Confused About Cannabis? Call Your Doctor

As you can see, medical cannabis in the USA is far from cut-and-dry. Every state has its own peculiarities in how it regulates hemp and marijuana for medical use.

Anyone interested in using medical cannabis as a part of their treatment protocol is strongly encouraged to research their state’s laws and discuss any specific questions with a respected primary care physician.

PrevPreviousPill Testing and Roadside Drug Testing – When is it Appropriate to Test for Drugs?
NextCBD and Energy: Everything You Need to KnowNext 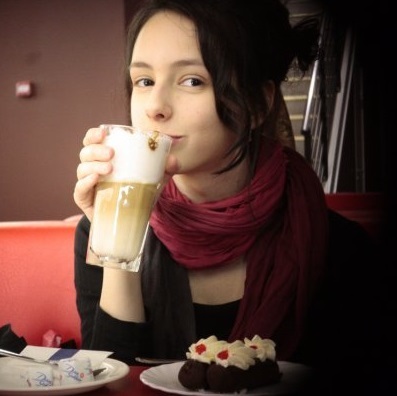 Anica is a professional content and copywriter who graduated from the University of San Francisco. She loves dogs, the ocean, and anything outdoor-related. She was raised in a big family, so she's used to putting things to a vote. Also, cartwheels are her specialty. You can connect with Anica on Twitter.

Cannabis Seed Banks vs Brokers: 4 Differences You Must Know

How to Clean Your Grow Room After Powdery Mildew